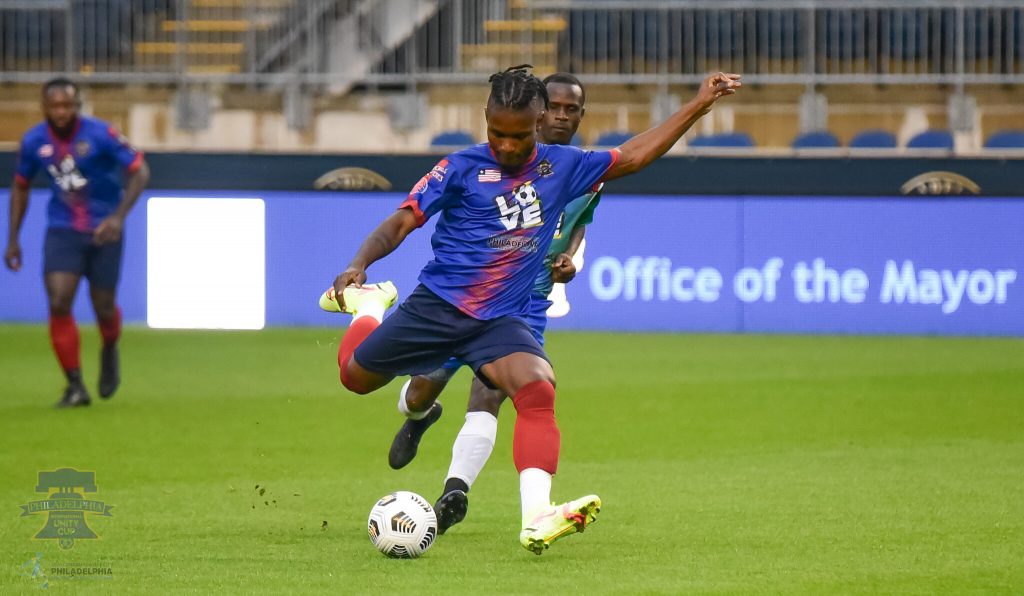 Philadelphia’s sixth annual first-of-its-kind World Cup-style soccer tournament kicked off on August 5 after a flag procession as Portugal defeated the Ivory Coast, 1-0, at Ramp Playground in the Northeast, to open the floodgates of 79 matches that will be held across the city including the South Philly Supersite and Smith Playground in South Philly. Admission is free to all games.

Sixteen matches were held over the first weekend as 32 of the 48 teams tasted their first action. Seven matches were held at the South Philly Supersite, which included four-time defending champ Liberia, which defeated newcomer Uruguay, 6-1, to begin its defending title run. Also joining the tournament for the first time is Portugal, Dominican Republic and Angola.

The tournament will continue every weekend through September, followed by quarter and semi-finals held September 17-25, all leading up to the championship game on October 8.

This weekend will feature a pair of games at Smith Playground at 2100 S. 24th Street on Friday, August 12, including Greece vs. Burkina Faso at 6 p.m., followed by Colombia vs. Turkey at 8 p.m.

On August 13, the South Philly Supersite at 2926 S. 10th Street will host a triple header, beginning with Trinidad and Tobago vs. France at 3 p.m.; Uruguay vs. Ireland at 5 p.m., and England vs. Sierra Leone at 7 p.m.

Action continues at the South Philly Supersite with four additional games on August 14 as Guatemala faces Mali at 1 p.m.; Dominican Republic takes on DR Congo at 3 p.m.; Israel faces Bosnia and Herzegovina at 5 p.m.; followed by Vietnam vs. Romania at 7 p.m.

A full schedule can be found at unitycup.phila.gov/schedule/.

Results from the opening weekend: