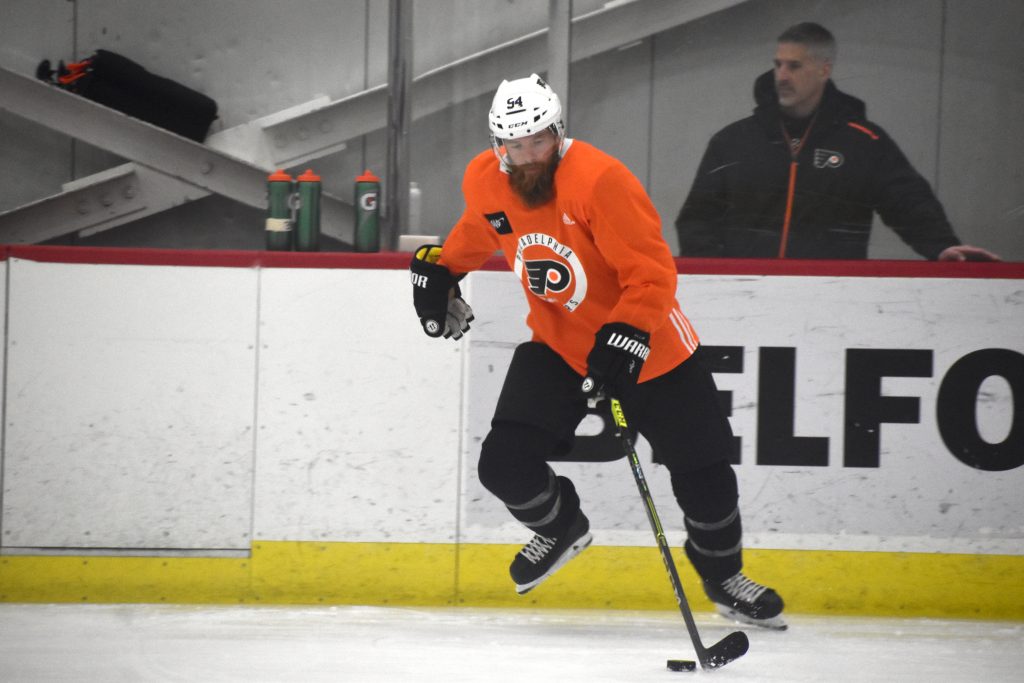 It’s been more than three and a half years since Chuck Fletcher replaced Ron Hextall as general manager of the Philadelphia Flyers. Since Fletcher arrived, the Flyers have made the playoffs once, while failing to qualify the last two seasons. And heading into the 2022-23 season, the wider audience thinks the Flyers are far from contending, after missing the postseason by 40 points.

So where exactly do they sit in terms of managing assets over that time? The most drastic difference comes via trades, as the Flyers haven’t made many key free-agent signings off the free-agent market over the last four years aside from Kevin Hayes’ seven-year, $50 million deal, which you’ll find a fair share of both pros and cons. Hayes was also technically a trade, as his signing rights were acquired for a fifth-round pick.

Let’s jump to the point with a list of players brought in via trade, and players who went out via trade in one lump sum. For the sake of brevity, our final tally will cancel out draft picks in the same round (The first-rounder given up for Rasmus Ristolainen cancels the first-rounder coming in from the Claude Giroux trade in the final equation). We’ll also omit minor league trades in which neither player played a game in the big leagues.

Coming In: Justin Bailey, Cam Talbot, Ryan Hartman, Matt Niskanen, Justin Braun, Tyler Pitlick, Nate Thompson, Derek Grant, Ryan Ellis, Rasmus Ristolainen, Owen Tippett, Tony DeAngelo, Cam Atkinson and a sixth-round pick. We’ll also list David Schlemko to this list as a negative asset. He never played for the team but the Flyers had to buy him out and use up cap room.

Only six players (Atkinson, Ristolainen, Braun, Tippett, Ellis and DeAngelo) are still in Philly. Matt Niskanen certainly helped in his one year here but retired after the 2019-20 season. Ryan Hartman, who just scored 34 goals for the Minnesota Wild, played a brief 19 games here (two goals, four assists) and was dealt for Pitlick, who played 63 games here (eight goals, 12 assists) but walked in free agency after the 2019-20 season.

Bailey played 11 games, Grant played seven, and Talbot played just four before all three left in free agency. Nate Thompson has played 40 games for the Flyers over two stints here and has recorded four points. He recently left the Flyers for free agency for a second time.

Aside from Rubtsov (four games), Stolarz (19) and Folin (26), the other 15 players played a somewhat significant role in the organization or at least racked up a lot of games here..

In summary, that’s trading 15 players and a bunch of draft picks for Atkinson, Ristolainen, DeAngelo, Tippett, Braun, one season of Niskanen, four games (so far) of Ellis, along with some role-playing minutes from a few guys who walked away for free.

Can we blame Fletcher for all of it? No. It wasn’t his fault that previous management kept Simmonds well past his heightened value so a return of Hartman is to be expected. But trading Hartman for Pitlick and then letting Pitlick walk in free agency completely evaporated anything the Flyers got for Simmonds, all while Simmonds has still proved somewhat valuable in a lesser role in Toronto. You also can’t pin the Giroux trade on Fletcher as Giroux held all the cards with trade protection that was signed into his contract by former management.

But a lot of the blame does fall on Fletcher, whose reputation and job security could hinge on the players he recently acquired and the success, or lack of success that follows..

There are other avenues of asset management to mention like the waiver wire, where the Flyers picked up Zack MacEwen and lost players like Nicolas Aube-Kubel and Mark Freidman, but the needle doesn’t move a whole lot. You can also look at draft and development as the Flyers have been unable to fill attrition with prospects.

But the most significant aspect was in trades where the value was lost. And more importantly, the timing of those trades proved detrimental.