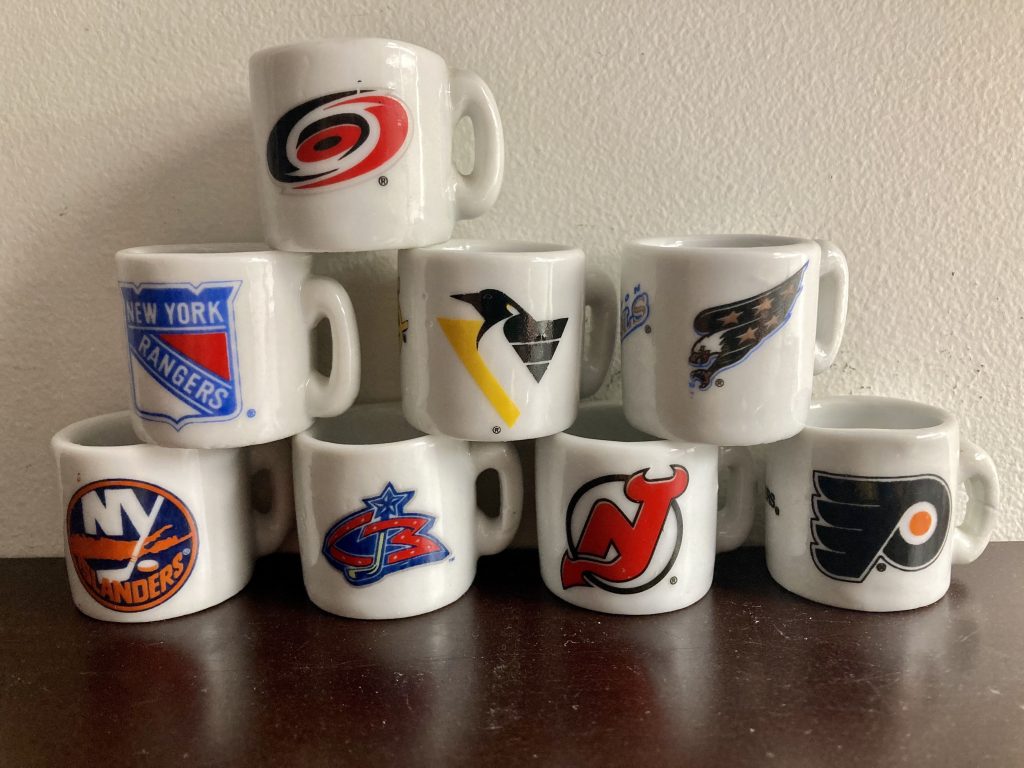 A month from now, the Flyers will begin training camp and embark on a small journey of six preseason games prior to the start of the 2022-23 National Hockey League season, which officially gets underway in early October.

At that point, the Flyers will have a better idea of what they have under new coach John Tortorella. The bigger question might be: What does everyone else in the Metropolitan Division have?

In order to make the playoffs, the Flyers would have to finish no lower than fifth in their division to have a shot at taking one of the two wild card spots in the Eastern Conference playoffs. Finish at least third in the division and you’re automatically in.

Do the Flyers have a chance? Here’s a quick look at what the other seven teams in the Metro did this offseason (so far).

Carolina Hurricanes: You’ve heard by now that the Flyers traded the Canes for defenseman Tony DeAngelo, who tallied 51 points in 64 games, mainly quarterbacking the Carolina power play. The Hurricanes replaced DeAngelo with longtime San Jose Shark Brent Burns, who owns one of the best beards and slap shots in the NHL. Carolina also brought on one of the best goal-scoring wingers in the league in Max Pacioretty. The Hurricanes won the Metro last year with 116 points and it doesn’t look like they lost too much momentum.

Columbus Blue Jackets: Columbus made perhaps the biggest offseason splash by signing Johnny Gaudreau to a seven-year, $68 million contract after Gaudreau posted 115 points for the Calgary Flames last season. In doing so, the Blue Jackets did have to send away Oliver Bjorkstrand (28 goals last season) to make cap room. Columbus punched above its weight last season in finishing with 81 points. The Flyers finished with 61. Twenty points is a pretty big gap to close when one team brought in Gaudreau and the other didn’t.

New Jersey Devils: The Devils finished just two points ahead of the Flyers last year so maybe there is some hope here. The Devils made a sneaky good move in signing former Lightning two-time cup winner Ondrej Palat and made a couple notable swaps, bringing in John Marino for Ty Smith and Erik Haula for Pavel Zacha. They also at least tried to upgrade their weak goaltending by signing Vitek Vanecek. Former first-overall Jack Hughes will likely be in the lineup more this season after recording 56 points in 49 games last year.

New York Islanders: The Isles have been quiet this offseason but still have $11 million in cap space so there’s a chance they could still add a piece like Nazem Kadri before the puck drops on the season. New York suffered a down season with just 84 points after making consecutive trips to the Eastern Conference finals. It’s tough to imagine they’ve fallen off completely and should be back in the mix for one of the wild card spots this season.

New York Rangers: The Rangers were active at the trade deadline and had a tough time bringing back some of the acquisitions they made, however the bulk of the team that finished second in the Metro with 110 points will be back, which includes a star-studded lineup of Artemi Panarin, Mika Zibanejad, Kris Kreider, Adam Fox and Igor Shesterkin. The Rangers’ main shakeup came with the signing of Vincent Trocheck, while trading away backup goaltender Alexandar Georgiev.

Pittsburgh Penguins: Just when we thought the core of the Penguins might be broken up, they got the band back together again, re-signing Evgeni Malkin and Kris Letang. General Manager Ron Hextall also made a few depth signings in Danton Heinen and Jan Rutta. The Penguins changed up their blue line a bit by adding Ty Smith and Jeff Petry while shipping out John Marino and Mike Matheson. Looks like the Pens are going for it again.

Washington Capitals: All eyes will continue to beam on Alexander Ovechkin as he closes in on Wayne Gretzky’s all-time goal-scoring mark, but the Caps made some offseason moves, mainly to compensate for the uncertain future of Nicklas Backstrom, who had offseason hip surgery. Power forward Tom Wilson will also miss significant time to start the season, so maybe there is an opening here. The Caps brought in Dylan Strome and Darcy Kuemper as their big UFA signings, while adding depth forward Connor Brown in a trade.

In summary, Carolina, the Rangers and Pittsburgh are arguably stronger than last year and should be three of the top teams in the Metro. The Flyers will need to finish ahead of the Islanders, Columbus, New Jersey and Washington — or at least three out of the four — to even have a shot at a playoff spot. Then they would have to worry about finishing ahead of a few teams in the Atlantic Division just to sniff a wild card. Seems like a tall order.