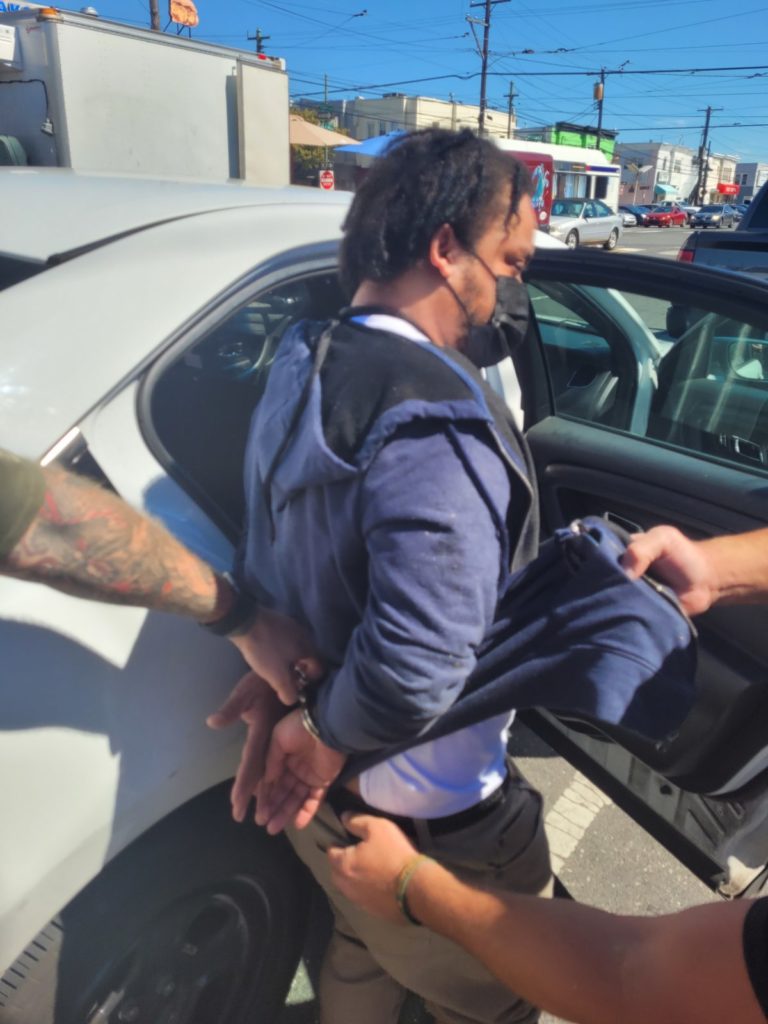 A suspected arsonist was located by U.S. Marshalls on the 1000 block of Oregon Avenue in South Philly on Sept. 14.

According to officials, 37-year-old Darren Arnold, who was wanted for arson and other related charges in relation to several August fires, which occurred in West Philadelphia, was taken into custody shortly after noon.

During the course of an arson investigation, more than 150 milk jugs filled with gasoline were found, officials said. A warrant was issued for Arnold on August 4 and the fugitive case was then delegated to the U.S. Marshals Service Fugitive Task Force.

According to officials, members of the Marshals Fugitive Task Force developed information that  Arnold was in the area of 10th street and Oregon Avenue on Sept. 14. Investigators

conducted surveillance in the area and at approximately 12:20 p.m., Arnold was seen and arrested without incident. Arnold was then transported to the Philadelphia Police Southwest Detective Division for processing.