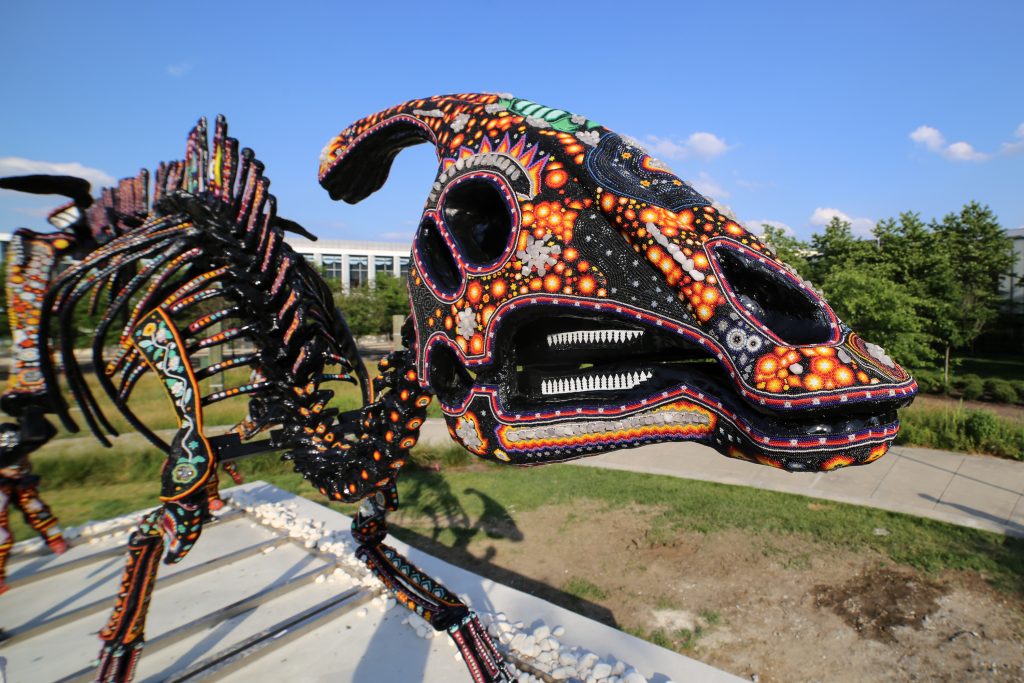 A new piece of artwork at the Philadelphia Navy Yard has millions of years of history behind it.

Alpha Sacred Beings (The Origin of Creation) is the latest work of lead artist Marianela Fuentes, who collaborated with Group X to bring the project to the League Island Park at the Navy Yard.

The artwork is a Parasaurolophus dinosaur that roamed several areas of North America including the Delaware Valley and Mexico. The artwork itself was installed in June, but a short documentary was released on Oct. 19 that explored Fuentes’ journey in creating a life-size beaded dinosaur skeleton monument symbolizing a bridge between two indigenous nations.

Directed by Jason Chen, who also co-owns Paradigm Studio + Gallery in Queen Village, the 21-minute film explores partnership of the local anonymous Group X and Fuentes in creating the monument in collaboration with artists Roberta Flores and Leonard Durham-Harmon from the Nanticoke and Lenni-Lenape Tribal Nation.

“Making this film has been an eye-opening experience,” said Chen. “I got a much closer look at the making process of Alpha, from the designing stage to the beading to assembling the piece on site with Marianela. I was able to see the skills, artistry and time that went into this monument.

“I also got to listen to Leonard and Roberta tell stories about their tribe and the meaning behind every symbol and element imprinted on Alpha. Hearing their experiences being Native American, the history their people had to endure, and watching them dance in the dedication ceremony made editing this documentary a difficult task. I hope this documentary can be a conduit for many to discover the beauty and cultural significance of the indigenous people and the history we didn’t get to learn in school.” 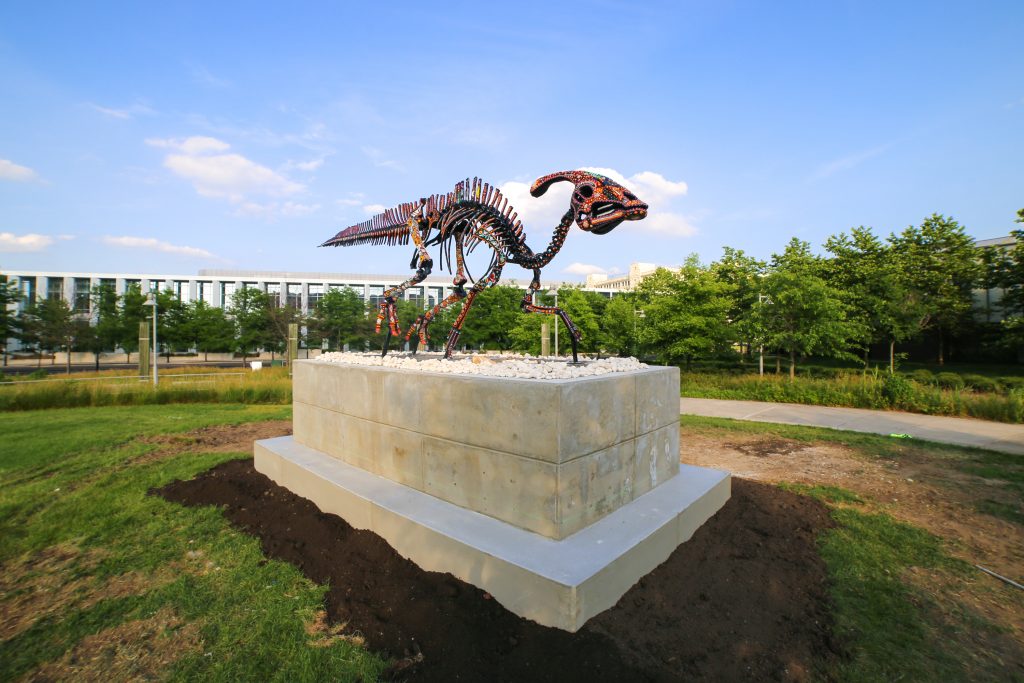 The Parasaurolophus dinosaur, meaning “near crested lizard,” is the biological cousin of the Velofrons, Fuentes’ first full-size dinosaur sculpture. It is the most scientifically accurate dinosaur the artist has ever created and is the first to be fully modeled after an almost entirely discovered dinosaur skeleton.

Alpha has incredible detail on every inch of its enormous frame.

The turtle on the crown symbolizes all the land throughout North America. Around the dinosaur’s hips is a wampum belt that was given to recognize the friendship treaty under the Shackamaxon Elm between William Penn (“Mikwon”), and Tamanend (“the Affable One”). Fire, water, wind, mountain, moon, sun and stars appear in a set of seven to represent Seven Generations along the animal’s spine. The four cardinal directions are represented on each limb. Flora and fauna native to the region also appear throughout the beadwork. The skeleton is lined with stars from the nose to the end of the tail. Fuentes and two assistants hand beaded the skeleton over 10 weeks in Mexico City and it was then brought to Philadelphia to be assembled on-site. 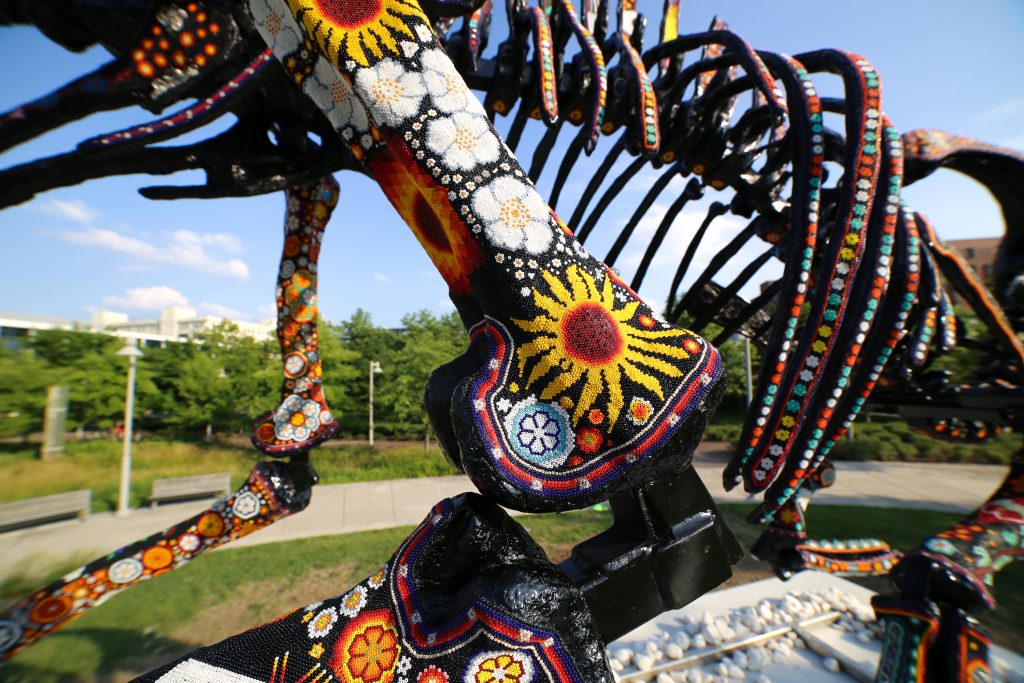 “When Group X invited me to make this artwork, I proposed to them that we could collaborate with Native American artists and they found these two incredible artists,” Fuentes said in the documentary through interpretation. “I feel very very honored to have worked with them.”

Alpha is the fifth collaborative public art partnership among Group X, a group of Philadelphia-based artists, curators and organizers whose members are anonymous, and the Navy Yard, and the project marks the installation of the collaboration’s first permanent work of public art. It is outdoors and is accessible to visitors of all abilities.

To view the documentary, visit https://youtu.be/O2Gabhyh1eY.