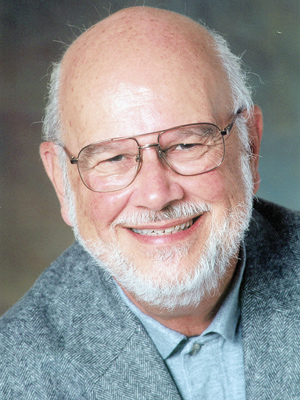 Gene Perret dreamed big and encouraged others to do the same.

The South Philly native who grew up in Point Breeze before catching his big break in Hollywood, had a habit of making people laugh as one of the premiere comedic writers of his time, spending nearly 30 years writing jokes for Bob Hope.

But beyond the ability to write the perfect joke, there was a lot to like about Perret, who passed away on Nov. 15 at the age of 85.

“He loved comedy, he loved the business and he loved working with people who wanted to do what he wanted to do,” said his youngest daughter Linda Perret.

While living in South Philly, Perret worked as an electrical engineer at General Electric before while realizing his love for joke writing. His first laughs came at his boss’ retirement party where he was asked to roast the honoree. As word spread about Perret’s humor, he was repeatedly asked to emcee work events. His reputation flourished and Perret was recommended to a few notable names that put him on the path to bigger things.

“From that, one of his coworkers wrote for a newspaper and was interviewing Phyllis Diller when she was in town,” Linda recalled. “Dad started sending material to Phyllis and it just snowballed from there. She asked dad to come out to California and she hooked dad up with Bob Hope and ended up writing for him for almost 30 years.”

Perret moved to Los Angeles in 1969 and was a writer on more than 100 episodes of the Carol Burnett Show, winning three Emmy Awards. He also contributed to other shows like All in the Family and What’s Happening!! Perret then started producing shows like Three’s Company and Welcome Back, Kotter. He was Hope’s lead writer until Hope retired in the 90’s. Some people leave their work at the door, Perret brought a lot of those laughs home to the dinner table.

“We had a lot of laughs as a family and still do,” Linda said. “He was the best dad anyone could ask for. He and my mom (Joanne) were so supportive and wanted all of us kids to do whatever we wanted to do.”

He also inspired several other writers and comedians. Film writer Joe Medeiros didn’t know Perret when the two lived in South Philly, but Medeiros read one of Perret’s inspirational books and decided to contact him.

“I was interested in writing jokes so I picked up Gene’s book,” Medeiros said. “I had learned that he was from Philadelphia and got his jokes to Phyllis Diller and made it out to Hollywood and that was exactly the path I wanted to take. He was a role model for me.”

Perret would host workshops for young writers and comedians in Los Angeles, Which Medeiros eagerly attended.

“Immediately, I could see that he was such a great guy and I learned so much from him,” Medeiros said. “It set me on my way.”

Medeiros went on to become Jay Leno’s head writer for The Tonight Show with Jay Leno and became good friends with Perret while working on the West Coast.

“We were both working for Bob Hope and Gene’s family ended up moving into our neighborhood,” Medeiros said. “And we stayed in touch all these years.”

There were several other cases where Perret helped shape a young writer or performer’s career.

“He loved that aspect of it,” Linda Perret said. “He loved working with young writers and comedians and helping them. He was so proud of what people did. Comedians would come up to dad at a show and say ‘I owe everything to you.’ But dad would say he didn’t do anything. He was just somebody that would say ‘you can do this.’ He would never be the one to throw a wet blanket on anyone’s dreams.”

Perret was also a prolific author, penning more than 40 books on comedy writing. He is already enshrined in the South Philly Walk of Fame, an honor he received in 2013. His inspirational journey and influence on the comedy scene will be a well-told story for years to come.

“Dad took a path that was very untraditional,” Linda said. “He was always encouraging us to pursue dreams. That was a big thing to him. He wanted people to pursue their dreams and chase a rainbow.”