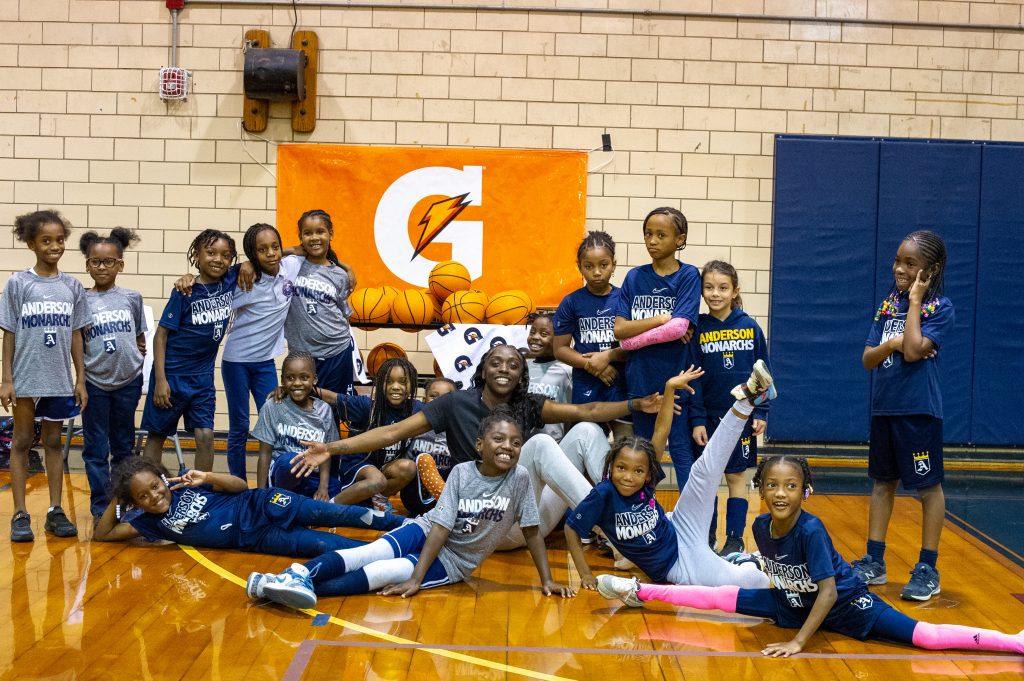 The Marian Anderson Recreation had some star power in the building as WNBA all-star Kahleah Copper made a visit for a “Good Sport” camp on Nov. 15.

Copper, a Philadelphia native who graduated from Preparatory Charter High School in South Philly, returned home to show support for youth basketball in the Anderson Monarchs program. The event was sponsored by Gatorade, which donated sports equipment to the rec center.

“Teaming up with Gatorade to give back to the community where I grew up means everything,” Copper said. “I know first-hand how sports have the power to change lives, which is why I’m so passionate about Gatorade’s Fuel Tomorrow initiative and giving kids more access and opportunity to play sports.”

Copper was a McDonald’s All-American who played at Rutgers University before being drafted seventh overall in the 2016 WNBA Draft by the Washington Mystics to begin her professional career. Copper has been a member of the Chicago Sky since 2017 and led her team to a WNBA championship in 2021 while receiving WNBA Finals MVP. 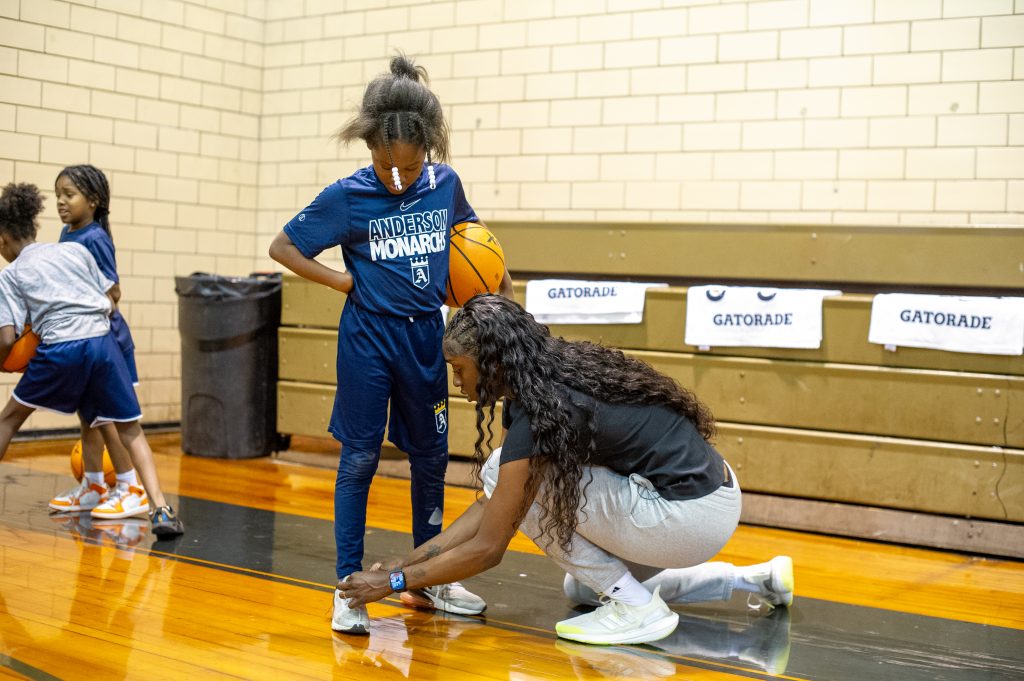 Copper ran basketball drills with the young female athletes during the camp, teaching leadership skills along the way.

“Gatorade believes sport has the power to change lives, which is why we’ve partnered with incredible athletes like Kahleah Copper and organizations like Good Sports to give back to local communities and create opportunities for kids to play and realize their potential,” said Jeff Kearney, Gatorade Global Head of Sports Marketing.

Sporting equipment was donated to 35 girls ranging in age from 8-11 from the Anderson Monarchs program, which provides leadership and character development workshops for overall skill-building.

“Good Sports and Gatorade share the same belief that sports have the power to change lives,” said Christy Keswick, co-founder and president of Good Sports. “Which is why we’re working together to drive equitable access in youth sports.”