History, like the Sixers-Celtics games of past decades, was one of the many hot topics at media day

Now that the Sixers have a real chance to be a relevant team this year, It’s time to talk about getting back some of the traditions that have made the 76ers one of the most storied teams in the NBA.

From Wilt Chamberlain vs. Bill Russell, to Julius Erving, Mo Cheeks, Bobby Jones, Andrew “The Boston Strangler” Toney and Charles Barkley against Larry Bird, Kevin McHale and Robert Parrish, there was nothing quite like it, for many years, in the NBA.

During the Allen Iverson era, most of Boston’s great players were gone except Paul Pierce, but he was never the villain Sixers fans gravitated to during the previous eras.

But the Celtics now have a great villain in former Cleveland Cavaliers star Kyrie Irving and possibly with their 2017 first round pick, forward Jayson Tatum out of Duke.

But Irving, who helped the Cavs with the NBA title in 2016, will do for now.

On Aug. 22, Irving was traded by Cleveland to the Celtics in exchange for Isaiah Thomas, Jae Crowder, Ante Žižić, and the rights to the Brooklyn Nets’ 2018 first-round draft pick.

At Sixers Media Day, third year guard T.J. McConnell was asked if it was time to bring it back.

“Yeah absolutely,” McConnell said. I think over the past couple years we’ve started to rekindle it a little bit, finally getting over the hump, beating them I think one time last year. The games are always tough and with the pieces we’ve added this year, it’s a no-brainer that this rivalry will come full circle. With the pieces they added, I know both fan bases are extremely excited and so are the players.”

Second year forward Dario Saric, a native of Croatia, who was taken with the 12th overall pick in in the 2014 draft, was finally able to join the Sixers last year after buying out his contract with the Turkish pro team Anadolu Efes.

Saric was asked about the Sixers-Celtics rivalry at Media Day, and his knowledge of the history of his team was impressive.

“Of course I know about 76ers history,” Saric, who averaged 12.8 points, 6.3 rebounds and 2.2 assists per game last year, said. “I know that was one of the biggest rivalry games was 76ers-Boston. Also Boston against the Lakers, Lakers against the 76ers.”

“It is hard to say if we’ll have the rivalry immediately, right now, from the first game,” Saric said. “But I know in the future, this team can be really good. You know how it is in sports, before it was the rivalry between 76ers and Boston. Right now, these last couple of years, the rivalry game is between Golden State and Cleveland. That (rivalry) is changing with history. I can see the 76ers for sure, with our rivalries, because we are young, it will be very good, especially with Boston.”

McConnell talked about the new vibe on the team now that there are real pieces in place for Sixers fans to have legitimate expectations for successful season.

“When you add veterans like Amir (Johnson) and J.J. (Redick) and the experience we have with the other players, it helps,” McConnell said. “Not we, but a lot of people are throwing around that this year there’s expectations, so that makes it fun to know that people are coming in expecting us to play well and if we stay healthy, the sky is the limit.”

Given all the new faces, especially at his position, McConnell was asked how his minutes would be affected.

“Honestly I think that’s up to coach [Brett] Brown and his staff,” said McConnell, who “I’m gonna work my butt off every day to make sure I’m on the court. But I’ve said it a million times, if I play two minutes and we win, that’s ultimately all that matters. That’s the mindset I’m going to have.”

After going undrafted in the 2015 NBA Draft, McConnell joined the Sixers for the 2015 NBA Summer League. On Sept. 27, 2015, he signed with the 76ers. He played well during preseason, averaging 6.2 points and 4.8 assists in five games which impressed Brown enough to earn him a spot on the 76ers’ opening night roster.

Every year has been the same for McConnell, he has had to earn his minutes. This year, with the roster upgrades, it will be even more challenging for the 25-year-old.

“I’m not going to look at it as one (season) being more important than the others,” McConnell, who was awarded the “Charles Barkley Award” last year by Sixers beat writers for being cooperative and respectful with the media, said. “I’m going to fight for my life, fight for my minutes like I have each training camp. That’s never going to change…in year three or year 10 if I’m playing that long. My mindset is not going to change.”

Simmons did not play his rookie season because of injury. Also guard Jerryd Bayless was a free agent acquisition last year and he missed the entire season last year also due to injury.

Those are players who were not here at all last season. They will no doubt be getting a lot of the minutes on the court that McConnell got last year.

The former Arizona standout talked about the challenge.

“It’s kind of all another battle to me,” McConnell said. “Obviously, the two №1 picks, they’re here for a reason. I don’t want to look at it as…we’re battling. I’m here to help them. Whatever they need from me, I’ll be happy to answer. I’m going to push them as hard as they’ve ever been pushed. I think it will be good for them.”

And good for the Sixers. 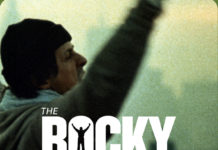 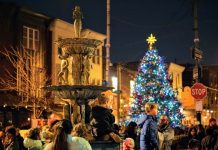