The results are in.

On Friday, the city released findings of the Washington Avenue Repaving & Improvement Project Survey, which would determine safety issues and traffic patterns for an upcoming paving and redevelopment project for one of the main arteries of South Philadelphia.

Residents, motorists and business owners were asked for feedback on design options for Washington Avenue from 4th Street to Grays Ferry Avenue. The survey results will help planners make key decisions for the federally funded repaving and improvement project that is slated for 2021.

This project will connect to an existing project performed by the Delaware River Waterfront Corporation between Columbus Boulevard and 4th Street.

The city’s Office of Transportation, Infrastructure and Sustainability asked residents to choose from three proposed plans, which included three-lane, four-lane and mixed-lane layouts.

“It is clear from our analysis and community input that Washington Avenue needs an improved layout when it is repaved next year,” said Deputy Managing Director Michael Carroll. “All three options that OTIS shared for community input would improve safety and function of this key corridor, and a majority of people who gave input preferred the ‘three-lane’ option most.”

Planners were unable to hold in-person meetings because of the COVID-19 pandemic and instead used different avenues of communication with residents and businesses.

The city heard from 5,600 individuals through the survey, phone calls and postal responses. Videos explaining each layout option were viewed more than 11,000 times, officials said.

“As a city, we have had to learn and adapt community engagement processes that maintain social distance,” Carroll said. “OTIS used a combination of new and old tools, like an online survey, paper mail and phone calls to get an overwhelming amount of input on Washington Avenue.”

According to the survey, 71 percent of those polled were in favor of the three-lane layout option and more than half of survey respondents either live, shop or work on Washington Avenue.

Respondents indicated they are unsatisfied with issues such as double parking, faded pavement markings and the high number of accidents in the area. Most listed needed improvements to safe pedestrian crossings and safe bike lanes as top priorities.

The next phase of the project will review the survey results with key stakeholders along Washington Avenue and present detailed parking regulations that will create new loading spaces to alleviate double-parking. The city has not yet selected a final roadway layout.

The full results of the Washington Avenue Repaving & Improvement Project community engagement process and survey are available at the office’s website at http://www.phillyotis.com/. 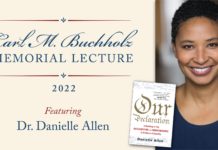 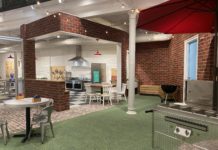 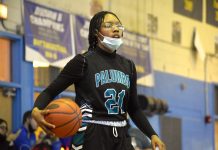