(NOTE: This story has been edited to correct information about offer sheets. Previously, it was stated that Nolan Patrick would be eligible for an offer sheet. Patrick has not played enough career games to qualify for an offer sheet, due to sitting out the entirety of the 2019-20 season.)

Just like students who are heading back to school, the Philadelphia Flyers front office is sharpening pencils, dusting off books and breaking out calculators for a new year.

And despite having good intentions, the Flyers appear to have angered a bully known as the salary cap.

COVID-19 resulted in league-wide lost revenue and forced the National Hockey League to keep a flat $81.5 million salary cap for the next few years, meaning the normal squeeze will be especially tight for the majority of the 31 teams in the league.

The newly named Seattle Kraken won’t emerge until the 2021-22 season so teams will need to navigate the murky waters this offseason without any hope of ditching a salary overboard via the expansion draft.

Here’s what we know: The Flyers have 15 players under contract for the 2020-21 season (16 if you include injured Sam Morin, but it’s unknown if he will be ready to start the season after the 2013 first-round draft pick defenseman tore his ACL a second time in November).

For salary purposes, we will include Morin’s entry level salary of $700,000 and bump the roster number to 16. If Morin is unable to go, his money would get shifted to long-term injured reserve and the Flyers would need to replace it, likely with another low contact (i.e. Mark Friedman at $725,000).

With seven spots still to fill the 23-man roster, the Flyers’ payroll is $72,589,727, which also includes bonus overages from the previous year and more than $2.5 million worth of buyouts to Andrew MacDonald and David Schlemko. It leaves just under $9 million left to fill those seven spots, which consist of four forwards, two defensemen and a backup goaltender.

This brings us to free agency.

Unrestricted free agents include Derek Grant, Nate Thompson, Tyler Pitlick, Justin Braun, Chris Stewart and Brian Elliott. You can pretty much guarantee the Flyers have very little interest in re-signing most of the names on this list except for Elliott and perhaps Pitlick. It will all depend how much money is left after the Flyers re-sign their restricted free agents or whether they offer Pitlick a deal, as the 28-year-old had a good playoff.

Restricted free agents (the team has control as long as they offer a qualifying contract) include Nicolas Aube-Kubel, Robert Hagg, Philippe Myers and Nolan Patrick.

Aube-Kubel and Hagg are still relatively young at 24 and 25, respectively, and figure to be in the Flyers’ plans. Aube-Kubel made $700,000 last season while Hagg made $1.15 million.

If the Flyers can re-sign the two players at their qualifying offer minimums, it would add a combined $2.035 million. If so, they will have filled two spots and would have just under $7 million left. We’ll also set aside another $2 million for Elliott, who performed well this year in the backup goalie role.

Re-signing Brian Elliott might be the Flyers’ best, or at least most reliable goaltending option, when you figure pocketbook strings are already tight. It would be silly to think he’d take much less than his 2019-20 salary ($2 million) after taking a $750,000 pay cut to remain with the Flyers last year. Pinching pennies here could be an unwise decision, especially with limited options at that type of price tag. With that, there’s less than $5 million in cap space remaining and still four spots to go.

This is where it gets interesting.

Let’s be optimistic and say Morgan Frost bulks up a bit and impresses enough at training camp to earn a spot with the big club. His $863,333 entry-level contract is crucial and would raise the cap number to only just under $77.5 million.

Myers is up next. This gets tricky because Myers was an undrafted player who has turned into a reliable top-four right-shooting defenseman. He made $678,889 on his entry level but is due a pretty significant raise for the reasons mentioned. He doesn’t have D-partner Travis Sanheim’s first-round pedigree (Sanheim makes $3.25 million) but he plays close to his level and has tremendous upside. Could we compare him to Boston’s 23-year-old defenseman Brandon Carlo, who makes $2.85 million? Or maybe undrafted Winnipeg Jets 25-year-old defenseman Neal Pionk ($3 million)?

Even if we think they can land Myers for a conservative $2.5 million/year on a bridge deal, the Flyers have burned $80 million.

Choosing whether to go with Connor Bunnaman’s $736,666 salary or upgrading to free agent Tyler Pitlick, who could want a small raise from the $1 million he made last year, the Flyers will be nearly capped out with one huge problem. They still haven’t signed Nolan Patrick.

Patrick’s health concerns throw a pretty big wrinkle into plans, as his contract recently expired. The Flyers don’t know if he will be ready to play when the season starts but they will have to make some type of commitment before then in the form of a contract, or let the 2017 second-overall draft pick walk out the door.

Patrick was drafted immediately after New Jersey’s Nico Hischier, who signed a long-term $7.25 million/year extension, as the Devils are betting hard on the No.1 overall pick’s upside. Hischier has scored 51 goals (135 points) in 209 career games while Patrick has recorded 26 goals (61) points in 145 career games.

These situations prove how vital it is for the Flyers to make a move to relieve their cap situation. It also won’t be easy. The rare teams with cap space have the upper hand and they know it, circling like sharks as the water continues to rise. 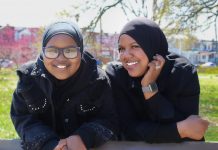 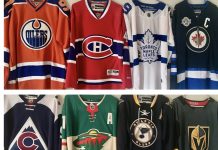 Other markets have plenty of great playoff hockey 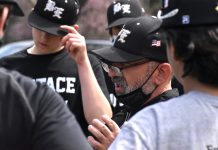