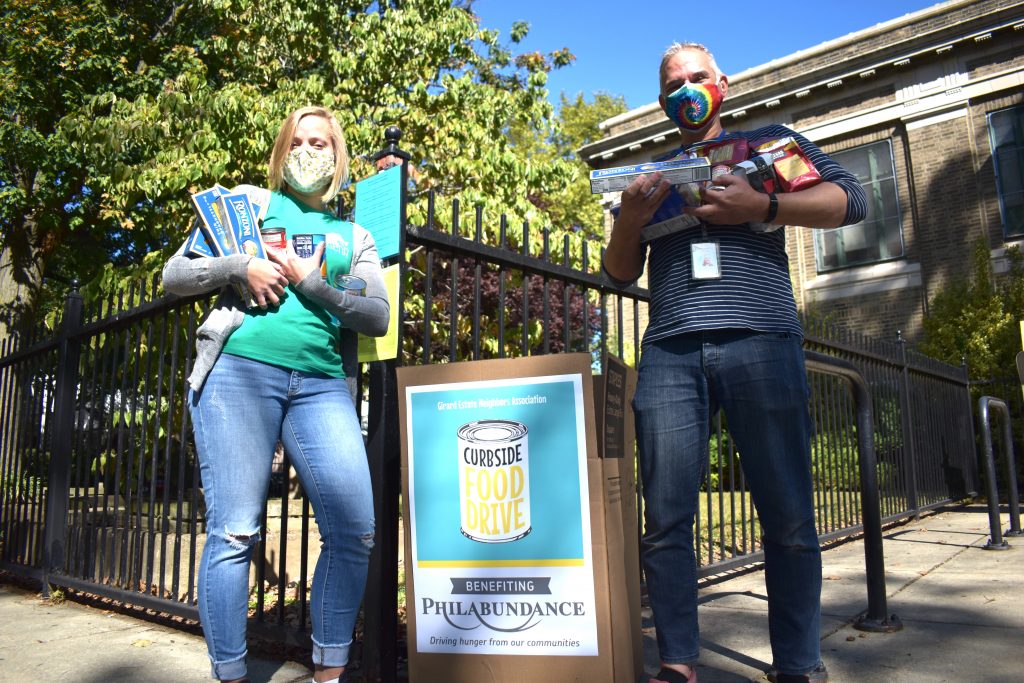 For the last handful of years, the Girard Estate Neighbors Association has held a food drive to support Philabundance’s goal of feeding food-insecure families in the Philadelphia region.

The annual drive was postponed in the spring due to the outbreak of COVID-19 but the need for a collection didn’t go away. The neighbors association regrouped, and put the drive back on its calendar for late September.

“Girard Estate Neighbors Association looks forward to participating in a Philabundance drive every year,” said president Jessica Frye. “But this year, it seemed even more important. It’s still very trying times for many of our neighbors, and while there isn’t a lot we can do as far as events due to social restrictions, this was something we absolutely could do.”

Tall cardboard boxes filled quickly at the Thomas F. Donatucci Library at 19th and Shunk streets during the three-day collection. The only difference was the event was advertised as a curbside drop-off so interested donors could stay socially distanced while still making a contribution. It made the Donatucci Library a perfect spot to gather the goods.

“We’ve been working together for several years now,” said David Mariscotti, branch manager of the Donatucci Library. “It’s been a great collaboration. We’ve been doing everything from concerts in the park to the Franklin Institute coming here. A lot of our regular neighbors are happy to see again and happy to know the library is reopening again.” 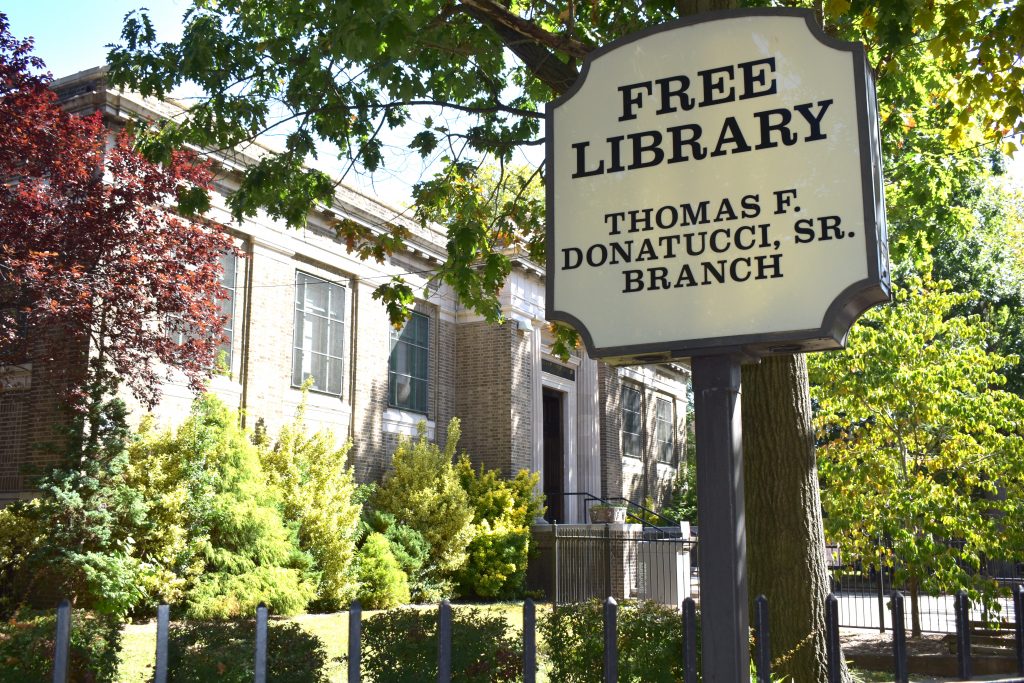 The Donatucci Library reopened a few weeks ago with limited hours and occupancy limits but is still offering curbside book returns if people are still uncomfortable with being inside. Serving the population is a normal thing for the free library. It also looks forward to opportunities to do a little extra. Mariscotti jumped at the opportunity to team up with GENA to help the community during the pandemic.

“I live close to SEAMAAC, and every morning I see the lines of people waiting for the free food distribution and the lines go completely around the building,” Mariscotti said. “Just to see the number of people waiting is a visual that’s pretty dramatic.” 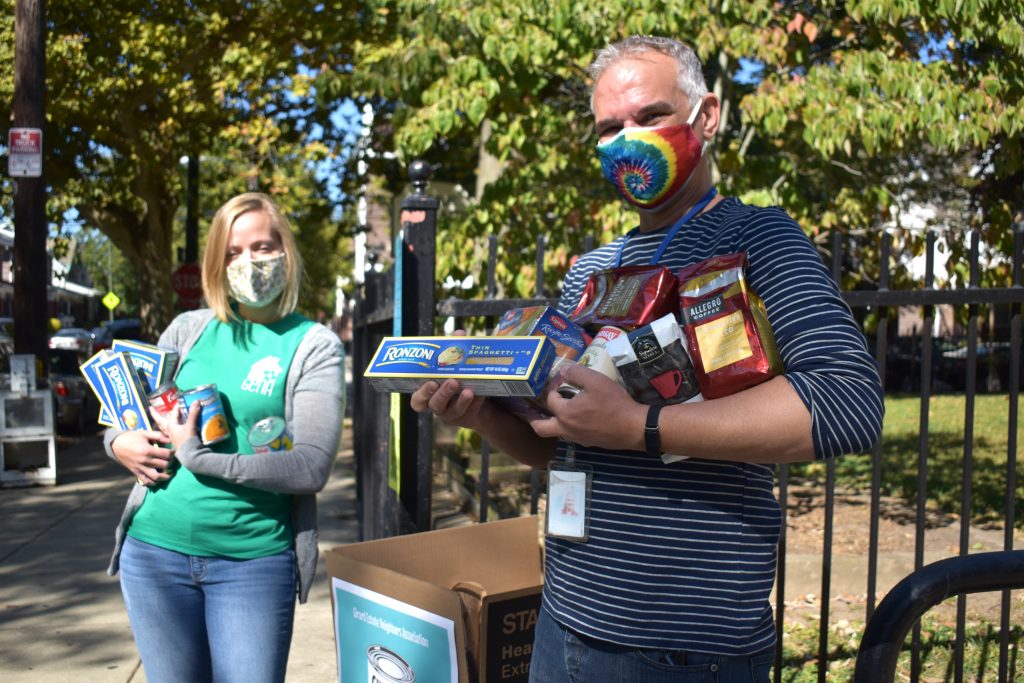 “Every year, Philabundance puts out a list of items that are most in need,” Frye said. “But we accepted everything. It all helps.”

Frye estimated that the group collected about 15 large boxes of food weighing approximately 500 pounds. They were picked up by Philabundance and will soon be available for residents to pick up at distribution centers across the region.

They plan on doing it all again in the springtime in addition to an annual coat drive in the winter.

“I love giving back,” Frye said. “It’s easy to do and it means so much to so many, especially right now. We’ve had a little bit of a lull in the things that we’re usually able to do as a community, but this can happen safely and it’s so needed.”