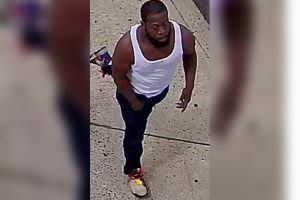 Police are looking for a suspect who was involved in a shooting on the 1400 block of Fitzwater Street at approximately 1 p.m. on Sept. 1.

According to police, a 42 year-old male was followed by the suspect for several blocks before he was shot in the left thigh and was transported to Jefferson by Medic where he was listed in stable condition. The suspect was captured on neighborhood surveillance video fleeing from the scene, police said.

Anyone with information about this crime or this suspect, is asked to contact the South Detective Division at 215-686-3013/3014.