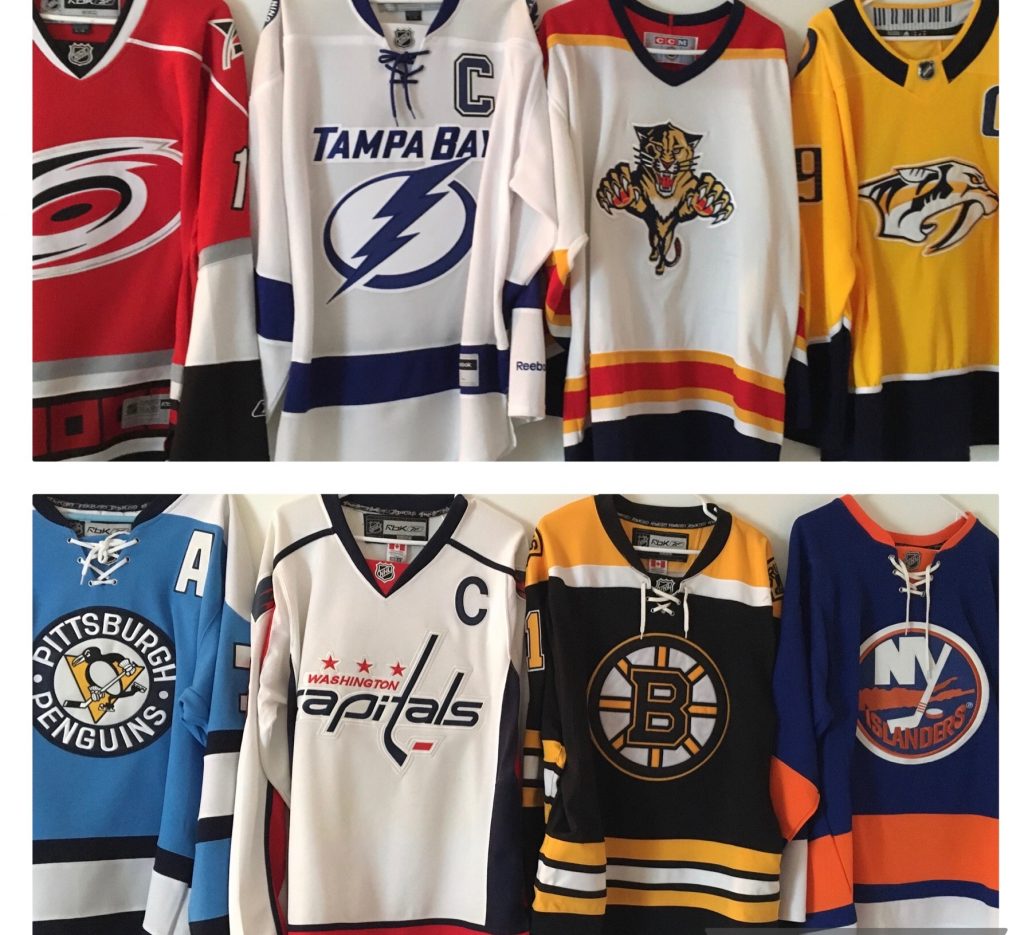 The Flyers are done, but there is some great hockey still ahead. Why watch? We give you several reasons to root on the remaining 16 teams including breakout players, the significance of first-round matchups and each team’s ties to the Flyers.

This week, we take a look at half of the teams in the 2021 NHL Playoffs with the South and East Divisions. Next week, we will feature the North and West Divisions.

First-Round Matchup: Nashville. This might be your only chance to see these two teams play each other in the postseason as they normally play in different conferences.

Breakout Player: Martin Necas has eclipsed 40 points in his second full season. He also wears number 88, which is kinda fun.

Philly Flavor: Coach Rod Brind’Amour should be a Jack Adams finalist this year, as the Canes are in the running for the President’s Trophy. Peter Mrazek is also included in the goaltending shuffle.

Feel Good Story: Brind’Amour winning a Cup with the same team as both a player and a coach would be pretty cool.

Entertainment level: 6. The Panthers have some big names in Alexsander Barkov and Jonathan Huberdeau but the Cats don’t get a whole lot of exposure as a small market. That could change with a long playoff run.

First-Round Matchup: Tampa Bay. We finally get the battle of the Sunshine State, which somehow has never happened despite both teams playing in the same division since the mid-1990s.

Breakout Player: If goalie Sergei Bobrovsky falters, look for Chris Driedger to carry the team. He posted a .923 save percentage in 22 games this season.

Philly Flavor: Bobrovsky has had an up-and-down season between the pipes and defenseman Radko Gudas is now throwing his weight around in Southern Florida.

Feel Good Story: After reaching the Stanley Cup final in its third season of existence, Florida hasn’t experienced much playoff success. This is only its sixth time in the postseason in 26 years.

Entertainment level: 5. The Predators have historically never had a big-time scorer, as the team record is 34 goals in a season (Victor Arvidsson). Crazy, right? Calle Jarnkrok and Mikael Granlund led the team with 13 apiece this season.

Breakout Player: Eeli Tolvanen is the Preds’ 2017 first-round pick and is starting to show his promise.

Philly Flavor: Nick Cousins has bounced around the league since leaving Philly in 2017. He’s a bottom-six guy who always gives a great effort.

Feel Good Story: On March 14, Nashville was in seventh place in the South and had a 2 percent chance of making the playoffs.

Entertainment level: 9. Bolts have a possibility of reaching 10 or even 11 if Nikita Kucherov and Steven Stamkos return at full strength for the defending Cup champs.

First-Round Matchup: Florida. Take the over. These teams averaged more than a combined seven goals per game when they saw each other in the regular season.

Breakout Player: He’s already broken out, but Brayden Point has another level of potential to become an absolute elite player. He had 33 points in 23 playoff games last season.

Philly Flavor: After an unimpressive stint here, Luke Schenn has carved out a pretty nice career, closing in on 800 NHL games.

Feel Good Story: Only the Pittsburgh Penguins and Detroit Red Wings have won back-to-back championships over the last 25 years. Tampa is halfway there.

Entertainment level: 8. The Bruins lose a little luster with no Zdeno Chara but they are still among the most entertaining teams, especially when the Perfection Line of Patrice Bergeron, Brad Marchand and David Pastrnak is clicking.

First-Round Matchup: Washington. The Caps won it all three years ago, the Bruins went to Game 7 in the Finals two years ago. Both are postseason powerhouses. One will go home early.

Breakout Player: It’s uncertain if he’ll even get a chance to play, but Jeremy Swayman was 7-2-0 in nine appearances with a 1.44 goals against average and a .946 save percentage this season.

Philly Flavor: Not much here. Assistant coach Joe Sacco played his final season with the Flyers in 2003.

Feel Good Story: The Bruins are tough to root for, but it’d be nice to see Taylor Hall finally experience some playoff success.

First-Round Matchup: Pittsburgh Penguins. The Islanders swept the Penguins two seasons ago but the Pens have had the better of the regular season series this year, going 6-2.

Breakout Player: John Gabriel Pageau has a knack for scoring huge playoff goals. Look for that to continue.

Philly Flavor: Brayden Coburn won a Cup with the Lightning last year and could provide depth defense for the Isles.

Feel Good Story: Picture this: Islanders fans get their revenge, as their team beats former captain John Tavares and the Toronto Maple Leafs in the Cup final.

Entertainment level: 10. Hate ’em, or hate’ em even more, the Penguins have dynamic players and play the villain to Flyers fans who would loathe seeing their rivals lift their sixth Stanley Cup.

First-Round Matchup: N.Y. Islanders. Longtime division rivals are no strangers, having met five times in the playoffs before.

Breakout Player: John Marino is a stay-at-home defenseman who could see a bump in popularity if the Pens go far.

Philly Flavor: Things seemed to turn on a dime when former Flyers Ron Hextall and Brian Burke arrived to take over the franchise in February. Add in Jeff Carter and Mark Friedman and there is suddenly a former Flyer boom in Western PA.

Entertainment level: 9. The Caps are the oldest team in the league but still have one of the greatest goal-scorers of all-time in Alexander Ovechkin. Also, Tom Wilson adds a bit of drama, doesn’t he?

First-Round Matchup: Boston. The Bruins didn’t bring back towering defenseman Zdeno Chara and now they will see a lot of him in the first round.

Breakout Player: Anthony Mantha will finally get a chance to play in the postseason after being part of a long rebuild in Detroit.

Philly Flavor: Michael Raffl was dealt to the Caps at the trade deadline and has reportedly already become a well-liked teammate there. Raffl played 504 games in Flyers’ uniform.

Feel Good Story: T.J. Oshie scored a hat trick his first game back after his father passed away. It would be a pretty emotional scene if he lifted the Cup in his dad’s memory.