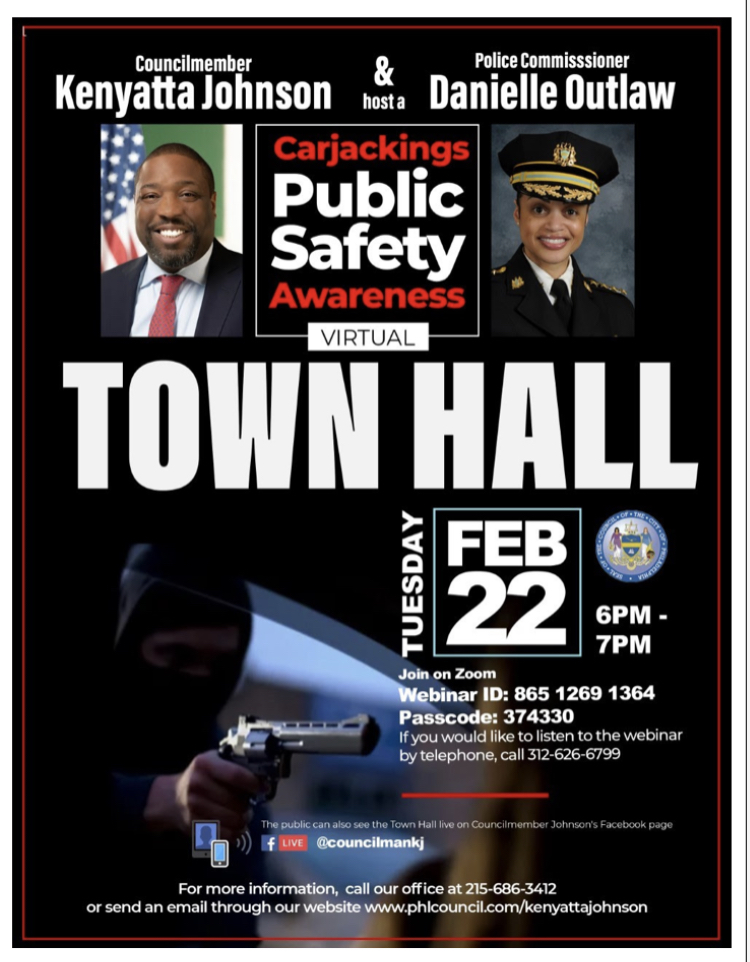 The public can also watch the Town Hall Live via Facebook by going to www.facebook.com/councilmankj to watch the event. The Town Hall will only discuss the issue of carjackings impacting Philadelphia.

As the city has been in the midst of an unprecedented rise in gun crime over the past two years, carjackings have also been on a startling rise, both in Philadelphia and across the nation.

The total number of carjackings in 2021 — 840 — was the highest annual total since at least 2017, police statistics show. Already this year, police say there have been at least 192 carjackings in the city.