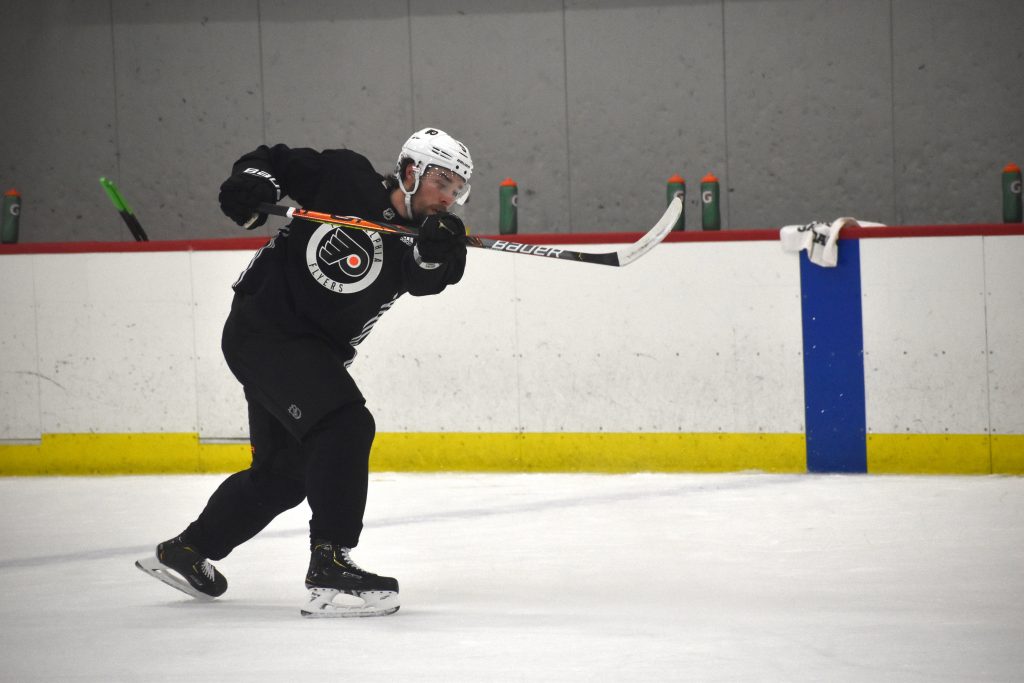 There’s no doubting that Ivan Provorov will enjoy a nine-day break between games next week.

The Flyers defenseman, who celebrated his 23rd birthday on Monday, regularly leads the team in ice time and is leaned on heavily on special teams and in clutch moments.

Following a challenging season last year and on the heels of signing a six-year, $40.5 million contract in the offseason, Provorov has been nothing short of the dependable No. 1 defenseman the franchise hoped he’d be when they selected him seventh overall in the 2015 NHL Entry Draft.

This season, Provorov has shut down the opposition’s top lines while posting nine goals and 15 assists over the first half of the season. He’s on pace to match his career high in goals (17) and surpass his career mark in points (41), both set in his sophomore campaign in the 2017-18 season.

He’s played every single game since his debut — all 292 of them.

It’s only a matter of time that he plays another game that doesn’t count toward those totals.

The NHL All-Star Game is almost certainly in the near future for Provorov, and a good argument could be made that he should be joining the Metropolitan Division in St. Louis this season.

A numbers game has worked against Provorov, as most teams get only one nomination, and Travis Konecny was certainly deserving of the honor of representing the Flyers with his team-leading 14 goals and 39 points.

With only a handful of defensemen spots allotted to each division and eight teams guaranteed to be represented among the 11 total roster spots, Provorov was fighting an uphill battle.

“It would definitely be special and something I would have enjoyed very much,” Provorov said last week. “But it is what it is. I’m not going to be upset or anything like that. There’s a greater goal ahead of us. And I’m going to continue to get better and hopefully I’ll make it next year or the year after.”

His words were sincere.

Provorov genuinely wants to be a part of a league event that some older veterans would rather skip. Alex Ovechkin declined his All-Star invite for the second straight season and will serve a one-game suspension instead. It was a rule created by the league to deter players from missing the fan-friendly marquee event.

Sidney Crosby has received eight All-Star nods during his career but has only played in four.

Why not send the guys who actually want to go?

Perhaps the NHL needs to reexamine its All-Star format. Expand the rosters.

How cool would it be to see a 3-on-3 mini tournament with each major hockey country sending a squad?

Provorov would certainly be selected, as he’s arguably the best Russian-born defenseman in the NHL, with respect to Tampa Bay’s Mikhail Sergachev and Washington’s Dmitri Orlov.

When asked if he had any advice for Mark Friedman after being called up from the Phantoms last week, Provorov smiled.

“Just relax, enjoy it and don’t panic,” Provorov said. “We told him if he has any questions to come talk to the old guys. We will always help.”

Provorov is actually younger than Friedman, who is 24, and is still the second-youngest on the Flyers’ blue line, yielding just 12 days to Philippe Myers.

Provorov’s best days are still ahead of him. And an All-Star appearance should be, too.