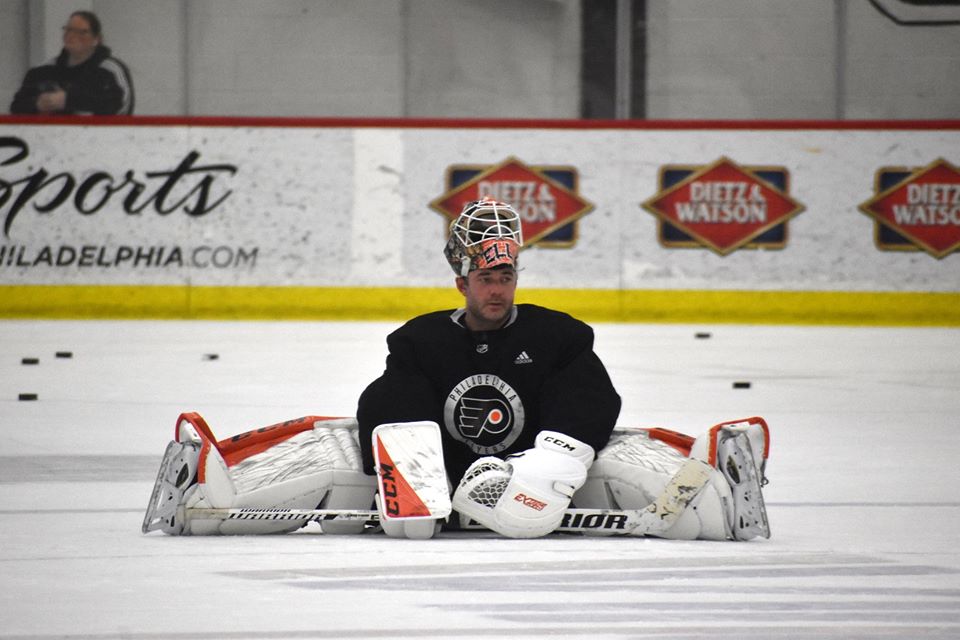 The NHL doesn’t hate your team.

Last week, representatives from the Flyers sat down with a National Hockey League official in an attempt to find a way to reduce the number of back-to-back games the team will play in future seasons.

The Flyers think they got the short end of the stick this year, having a league-high 17 back-to-back games on the 2019-20 schedule.

The NHL’s likely response: “It happens.”

It may be tough to hear, but the league isn’t punishing the franchise for the sins of the Broad Street Bullies all those years ago. Simply put, somebody has to have the most back-to-back games in the league each year and the Flyers weren’t alone with that burden, as the Pittsburgh Penguins also had 17.

And for all that complaining, the Flyers are 5-4-2 in the second half of back-to-backs so far this season, including a thrilling 6-3 win over the Colorado Avalanche on Saturday.

Traditionally, teams in the Eastern Conference have it good when it comes to travel. True, it was a weird year as the Flyers began their season in Prague, then came home for one day before setting sail on a Western Canada road trip. But that was really the only difference from any other season, and the Flyers recovered just fine.

Try being the Edmonton Oilers, who have to take a three-and-a-half-hour flight twice a year to Los Angeles or Arizona just to play a division rival. Connor McDavid is a great hockey player but he still has to go through customs. The Flyers can jump on a bus to play the Devils, Rangers, Islanders and Capitals.

The NHL isn’t the sole reason for the Flyers’ challenging schedule this season, it just has the last say. The fact is, the Flyers share a busy arena with the 76ers, and the Wells Fargo Center is a great venue for concerts and Disney on Ice, not to mention other events like professional wrestling, college basketball and lacrosse. Fewer open dates equal higher odds of back-to-back games.

Through it all, the Flyers have escaped fairly unscathed. They entered the week 28-17-7 prior to Monday’s game against the Detroit Red Wings and were tied for the final wild card spot in the Eastern Conference. They’ll play just two more road games in the Western Conference (Dallas and Nashville) over their last 29 games this season.

Following the game against last-place Detroit, the Flyers will play 12 games against teams currently above them in the standings and 17 against teams below them.

The Flyers have put themselves in great shape following a challenging run. If they fail to reach the playoffs for the second straight season, it’s on them.

Philadelphia Police released an update on Monday regarding accusations surrounding the Flyers mascot Gritty during a team event at the Wells Fargo Center in November.

Delaware resident Chris Greenwell had alleged his 13-year-old son was physically assaulted by the Flyers mascot during a photoshoot, claiming Gritty had punched his son in the back.

An investigation was performed by the department’s South Detective Division, and police determined that the actions of the unnamed individual portraying Gritty did not constitute physical assault. Police said the case is no longer active.

The Flyers released a statement on Monday saying, “We are pleased that the Philadelphia Police Department concluded there was no merit to the alleged claim. The police department’s statement confirms our thorough internal investigation that found no evidence of the described actions ever having taken place.”