There’s a feeling of love inside the Lorie-Lu Studio of Dance on the cozy corner of 11th and Mountain streets in the East Passyunk neighborhood of South Philadelphia.

Black and white photos of when owners Lorraine Speziale and Lucille Bunnion first fell in love with dance, and colorful memories of past dance recitals hang on the walls of the tight vestibule in the reception area. Inside, a small group of girls glance at their reflections pirouetting across a long wall of mirrors, the thuds of their footsteps amplified by the smooth hardwood floor.

This narrow dance studio was carefully crafted decades ago by Speziale and Bunnion, who are South Philly sisters, about five years apart in age.

Fifty years ago, they were still basically kids themselves, Bunnion was 21 and Speziale was just 16 when they caught their break. The owner of the studio they danced at told them it was closing.

“I was taking lessons from a lady and I always asked her about opening a school,” Speziale said. “Then I get a phone call saying she was closing, and she asked me if she could refer all her students to me. And I’m thinking all we need is like $500. Three mirrors, bars and a record player and we’re done. Sure enough, that’s what happened.”

With a leap of faith, the Lorie-Lu School of Dance was born. The studio’s name, being a combination of Lorraine and Lucille’s own names, has lasted 50 years since they first opened for business in 1970. This summer, the girls from the studio will perform Lorie-Lu’s 50th recital at the Seaport Museum on Christopher Columbus Boulevard on June 26 at 6 p.m. Speziale and Bunnion can hardly believe it’s been that long since they decided to go into business together.

“I don’t even know if we thought about it at the time,” Bunnion said. “Lorraine had danced professionally in Florida, and I was already getting married. When she came back, we opened a dance studio because that’s all we knew all our life, just dance.”

And the risk was worth the reward.

Speziale and Bunnion opened their original studio at 11th Street and Moyamensing Avenue and stayed there for 13 years before moving to their current location in 1983.

As older students graduated from dance, they had a funny way of showing back up at the doorstep a few years later.

“They came here and danced, got married, moved on, then had their kids and brought them back here,” Bunnion said. “It’s the greatest compliment you could get.”

Gina Piermatteo is a former student and former assistant who now takes a long drive to bring her two girls Annabelle, 10, and Marisa, 3, to the studio three times a week for classes.

“I actually live in New Jersey now so we drive about 40 minutes to dance because I’m not going to take them anywhere else,” she said.

Piermatteo said the love and dedication that she personally experienced as a child at Lorie-Lu can’t be replicated anywhere else.

“It’s the love for their students,” Piermatteo said. “You can take your kids anywhere to dance, and they’ll just teach them. Here with Lorraine and Lucille, it’s very personal. They know the kids and they know the parents. It’s really special.”

Family does mean everything. Speziale and Bunnion take turns as primary caretakers for their 99-year-old mother, who lives a few blocks from the dance studio. The sisters are perceived as family by students, and the younger kids want to follow in their parents’ footsteps by learning from the same teachers.

“Now the kids are all excited, saying, ‘I’m doing what my mom did,’ ” Speziale said. “Never in a million years did I think we’d still be doing this.” 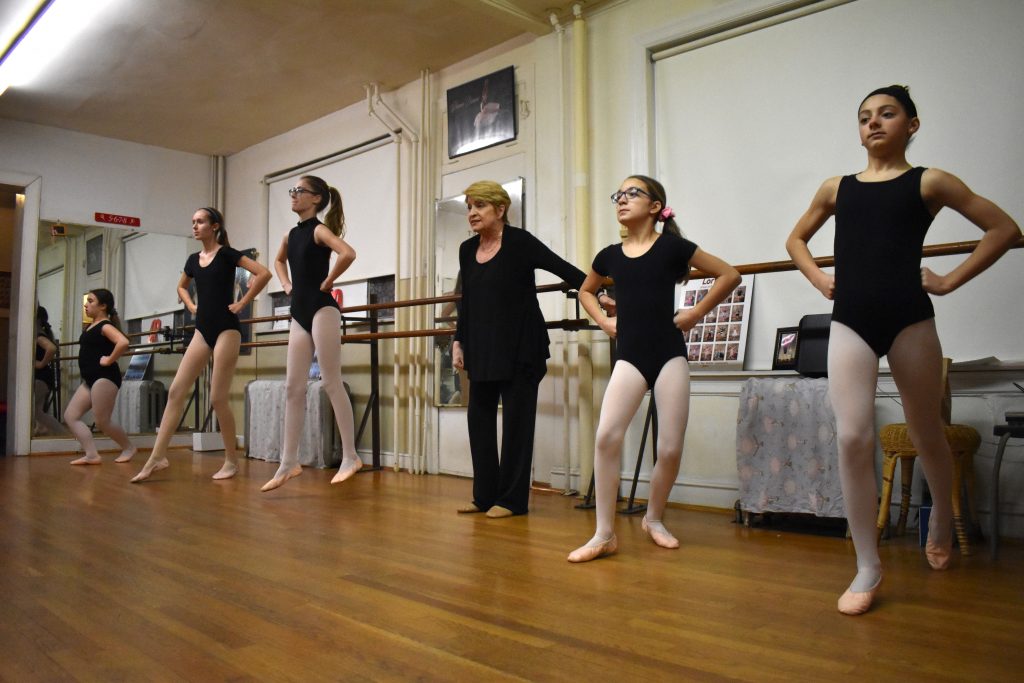 Speziale and Bunnion are still the only instructors at the studio. They started off by purchasing books, researching and even taking trips to New York to see how other teachers ran classes. It blossomed into an institution that still teaches ballet, tap, jazz, pointe and gymnastics to students 3 and up. Fifty years of passion in the arts.

“We did it for love, certainly not for the love of money,” Speziale said with a laugh.

“We’re very blessed that we did make it this long” Bunnion said. “But we’re still doing it and we’re doing it the best we can.”