Behind the masks, there were many smiles.

Love was certainly in the air as the Universal Institute Charter School held its second annual Daddy Daughter Masquerade Ball on Feb. 26

Little princesses were escorted by their loving fathers as the school held its formal event, as part of the Positive Behavioral Support Initiative, at Universal Audenried High School on Tasker Street.

The ball was marked on calendars early and gave dads a chance to bond with their little girls on a night of dinner and dancing.

“It’s become a hallmark event that our parents love,” Universal Institute Principal Jeffrey Williams said. “They really look forward to it. It’s the best combination on Earth to see a dad and his little girl together. There’s nothing above it. I don’t have daughters, I have two sons, so I live vicariously through these dads and the daughters.”

More than 100 dads dressed to the nines, wanting to look their best for their daughters, who attend the kindergarten-through-ninth grade school at 1415 Catharine Street.

Dwayne Murchison went full tuxedo and bowtie for his daughter Chloe, who said her father looked “very handsome” at the ball.

“It’s very important to show your daughter an example of a well-dressed man so she’ll know what she can look for in a man when she gets older,” the proud father said. “She knows I’m a hard worker and a provider and I still make time for her even though I travel a lot for work.”

Craig Burgess was pulling double duty as his 7-year-old twins Nylah and Zoe were full of energy that night.

“They’ve been talking about it all week,” Burgess said. “They couldn’t wait to go to the daddy daughter dance. We went last year so they already knew and wanted to sign up again. They were ready.”

Burgess was able to catch his breath as Zoe and Nylah spotted some friends nearby. They didn’t stray long, often coming back to give their dad a hug.

“It’s cool that they get to see all their girls with no boys here to interrupt them,” Burgess said. “They can run around and play and have a great time.”

The event doesn’t come together without an enormous undertaking by the staff and volunteers of the school. Luay Abdusshaheed is a Universal Institute graduate who is now a 10th-grader through a homeschooling program through Connections Academy. He volunteered his time busing tables and escorting guests to their spots, and he was responsible for cleanup duties following the event. He was one of several seventh or eighth-grade students and recent graduates who helped out as part of a school mentoring program. He also volunteered last year at the masquerade ball.

“It was pretty fun last year,” Abdusshaheed said. “Everyone had a good time dancing. It makes me feel good that they can do this with their daughters.”

Williams said about 30 staff members came out to help the cause, including teachers, assistants and administrators. They helped serve food, organize festivities and make sure every girl was the belle of the ball.

“It’s a full staff effort and a true labor of love,” Williams said. 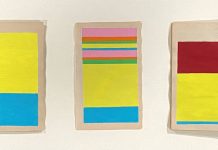