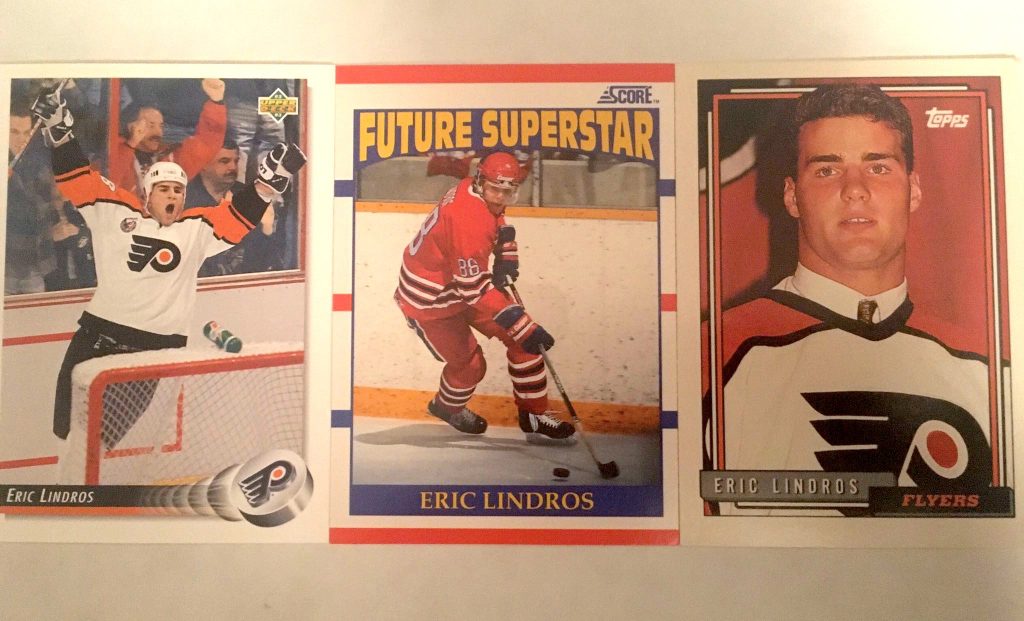 Many wish that he had never left.

Eric Lindros’ time in Philadelphia was polarizing, to say the least. A generational talent whose arguments with upper management over the treatment of his injuries led to a bitter departure nearly 20 years ago.

No. 88 was an absolute hybrid of an athlete. He had the rare blend of size, speed, soft hands and the determination to run his enemies through a wall when he felt the time was right.

The Flyers have not had a superstar of his caliber in his prime since Lindros played his final game for the organization during the Eastern Conference finals in 2000.

Last week, the Flyers announced the Hockey Hall of Famer was returning to Philadelphia in an official ambassador role. He quickly got to work, participating in the ALL-IN Challenge, which is a digital fundraiser that aims to raise millions for COVID-19 hunger relief. Once hockey resumes, Lindros will take part in community events, fan appearances and corporate partner engagements.

In the past, Lindros has donated millions to concussion research and has helped build houses with Habitat for Humanity. He was also a strong advocate of Rowan’s Law, which created firm protocols for young athletes to be removed from activity upon showing signs of a suspected concussion. Much like his playing days, when Lindros wanted to accomplish something, no one could stop him.

And his return seems like a win-win for the Flyers and their fanbase and it could also help fill a void left when Lindros was traded to the rival New York Rangers after a nasty fallout with former general manager Bobby Clarke.

Lindros skated his longest in Philadelphia, before stops in New York, Toronto and Dallas. And his best days were certainly spent in orange, winning a Hart Trophy as the league’s MVP in 1995 and leading the Flyers to the Stanley Cup final in 1997.

No former Flyer received more attention than Lindros when he returned to Philadelphia in 2012 to play in the NHL Winter Classic Alumni Game at Citizens Bank Park — and again in 2017 in the 50th Anniversary Alumni Game against the Pittsburgh Penguins, which reunited the Legion of Doom line.

Lindros is still a rock star in Philadelphia. No alumni member comes close to the star power that Lindros still exudes.

There will always be a small percentage of fans who will disown him for not playing through injuries, despite suffering numerous concussions that would affect his health later in life. Some are still angry at how Lindros’s parents made decisions on his behalf that helped drive the wedge further between the team and the player.

And there are some who were simply disappointed that Lindros never delivered a Stanley Cup to the city after coming so close on so many tries. Lindros was a one-of-a-kind talent and was seen as the grand prize after the Flyers sent six players, two draft picks and $15 million for his rights after Lindros refused to play for the Quebec Nordiques.

There was an aura surrounding Lindros’ arrival to the NHL as a can’t-miss superstar that hadn’t been seen since Mario Lemieux entered the League in 1984. It didn’t take a hockey nerd like myself to spend all of his allowance money on hockey cards, attempting to pull that elusive 1990-91 Score rookie card of Lindros in his Oshawa Generals uniform.

And that was before he was even a Flyer.

Today, Lindros’ appearance will garner just as much attention among the local fans and the Flyers now have the face who will certainly boost fundraising efforts through auctions for Lindros fanatics.

Lindros’ first promotion offers a game-day skate at the Wells Fargo Center, including shooting lessons with Lindros. The winner would also be present with Lindros for a ceremonial puck drop and will watch a game with him in a catered suite. An autographed Lindros jersey and a signed stick are thrown in to sweeten the deal.

My guess is the package is worth a whole lot more than all those Lindros rookie cards in my shoebox, which now sadly sell for about a buck or two on eBay.

The Flyers began repairing the relationship with Lindros during those alumni appearances, and furthermore by retiring his number two years ago.

In the past, the Flyers have been known — almost to a fault — to revive alumni to generate fan interest when things aren’t very interesting.

But Lindros’ return will be different. I’d bet a rookie card on it.