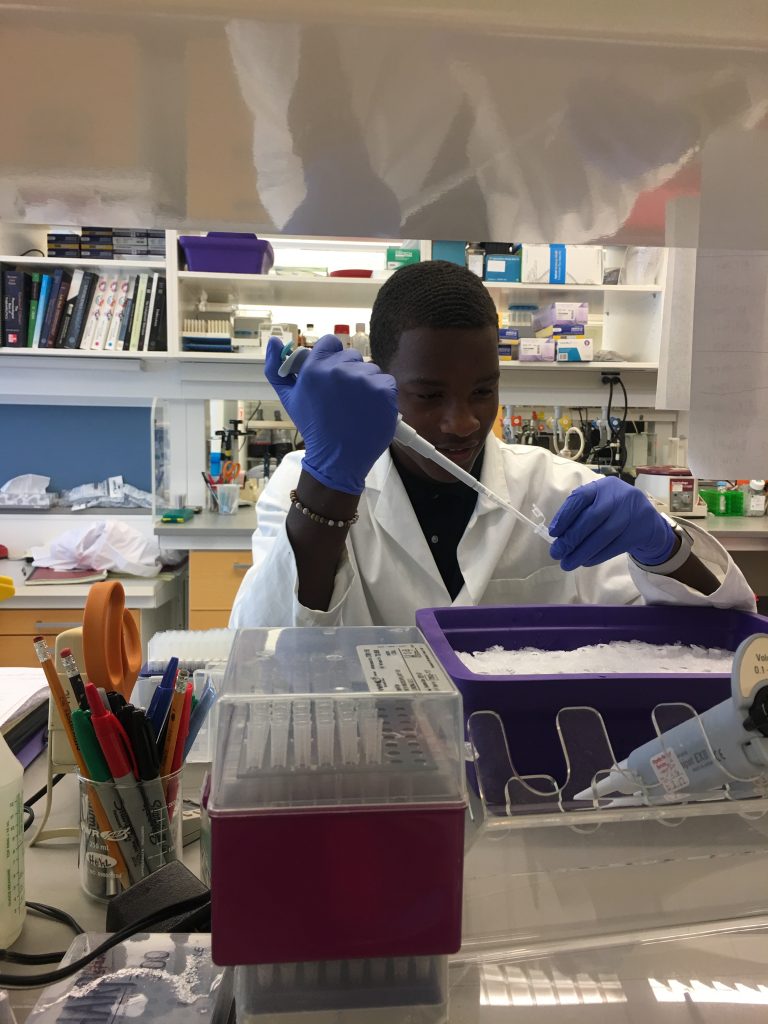 Nathaniel Boyd loves to hear his alarm before 5 a.m.

Rise and shine starts with a meeting with a personal trainer, followed by a full day of school and basketball practice, where he was a captain of an extremely successful high school program. The limited time he’s not in class or dunking a basketball, Boyd works on ridding the world of one of the most dangerous forms of breast cancer.

It’s all in a day’s work for the not-so-normal 18-year-old who grew up in the Point Breeze neighborhood of South Philadelphia.

“I break it up into increments,” Boyd said. “The first increment is my solo time. Just time to start thinking, and get my body ready for the day.”

Boyd’s preparation speaks volumes to his outlook on life and the way he surpassed limitations. His parents divorced when Boyd was just 2 years old and he grew up without much money, living with his father in South Philly.

He attended the Stephen Girard School on Snyder Avenue before taking two buses to middle school at William M. Meredith on 5th Street. It was at that point that Boyd knew he could find success if he was willing to chase it.

“The first step of me experiencing a new world was going to Meredith and experiencing new opportunities and a new culture,” Boyd said. “That independent nature of mine really propelled my dad’s decision to test my waters.”

Nathaniel was willing to go a little further. Boyd was then accepted to attend the cost-free Milton Hershey School for his high school years, about an hour and 40 minutes away. The boarding school, founded more than 100 years ago by chocolate industrialists Milton and Catherine Hershey, accepts students of financial need who meet admission criteria.

It was there that he sparked a new interest in medicine and he had the opportunity to work as a research lab assistant at Penn State Health Milton S. Hershey Medical Center. He started as an intern during his sophomore year, stocking shelves and cleaning up, but quickly gained the respect of the doctors, researchers and medical professionals that he worked with side-by-side. He’s now a part-time employee, working on cancer research.

“Nathaniel isn’t acting like a research assistant at the high school level,” said Dr. Nancy Lill, Penn State Cancer Institute, Department of Pharmacology. “We’re treating him like he’s one of our graduate students in the laboratory.” 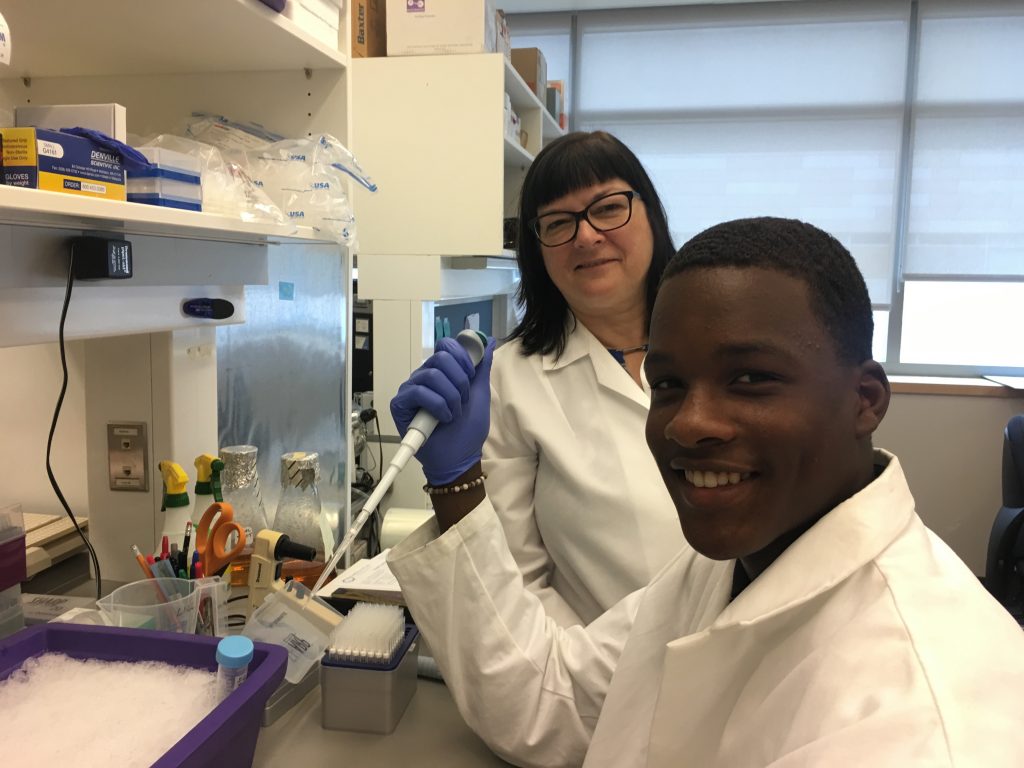 Triple-negative breast cancer is known to be a more aggressive form of cancer with a poorer prognosis than other breast cancers. It tests negative for estrogen receptors, progesterone receptors and excess HER2 protein, which makes it more challenging to treat, because it doesn’t respond to hormonal therapy medicines.

But Boyd has never been one to back down from a challenge. He’s inspired by the people fighting the disease and he hopes to be able to help them soon.

“In the last couple of months, I’ve been getting emails and stopped in the hallways and stopped in the street by people thanking me and telling me their stories of their relatives that died from breast cancer,” Boyd said. “I love the fact that I’m fighting for the people who can’t fight for themselves or didn’t get a chance to. If it was just for me, I might have given up. But the global impact this has is what keeps me going.”

It’s no surprise that his competitiveness has led to success on the basketball court as well. Milton Hershey’s basketball team was 22-4 this season and finished second in the PIAA District 3 Class 5A tournament, earning a spot in the state tournament. The Spartans had reached the state quarterfinal and were set to take on New Oxford before the season was canceled due to the coronavirus pandemic. The Spartans had defeated New Oxford by 10 points earlier in the season. 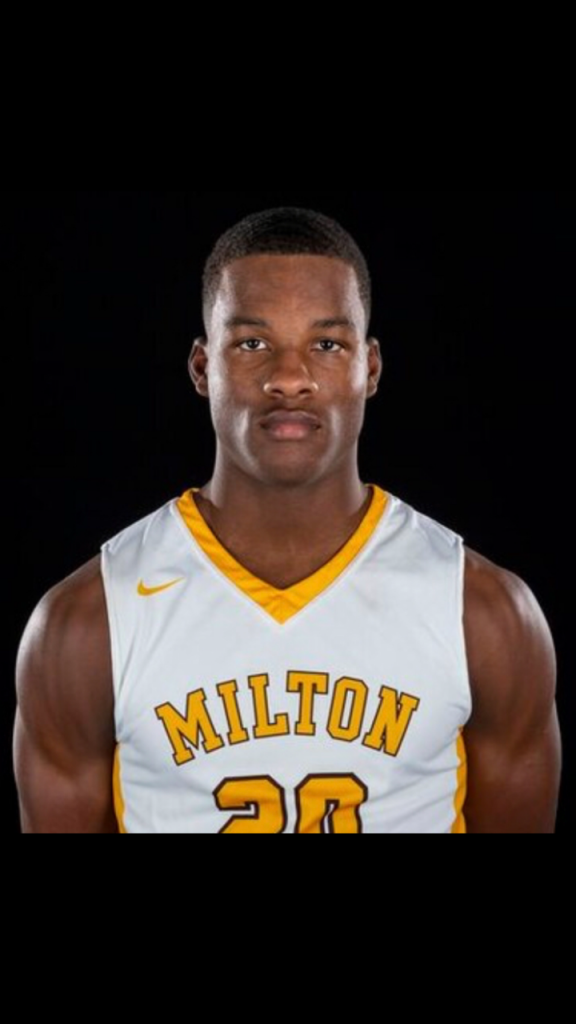 “That was it for me for my high school career,” said Boyd, who is also a track and field athlete. “It’s more disappointing knowing that there’s no chance. Before, we were pushing it off and hoping for May Madness. But now, it’s completely over. We had been battle-tested and we felt like this tournament was our time to at least make a dent in what people’s perception of who Milton Hershey basketball really is.”

“We’ve had some really good ones but I don’t know that I’ve had anybody as motivated as Nathaniel Boyd,” Spartans coach Mark Zerbe said. “He’s been pretty special.”

Boyd said he hasn’t committed to where he’d like to study biomedical engineering in college but he isn’t afraid to travel, mentioning Arizona State University as one possible destination.

Boyd has already accumulated 20 college credits while somehow finding the time to take classes at Harrisburg Area Community College as a high school senior. He’d like to own and run his own lab someday — when he finds the time.

“I find a little time for myself, but I love what I do so much that it doesn’t seem like it’s that much of a strain,” Boyd said. “It doesn’t feel like I’m overworking myself because my days fly by because of how invested and how passionate I am about every single thing that I’m doing.”