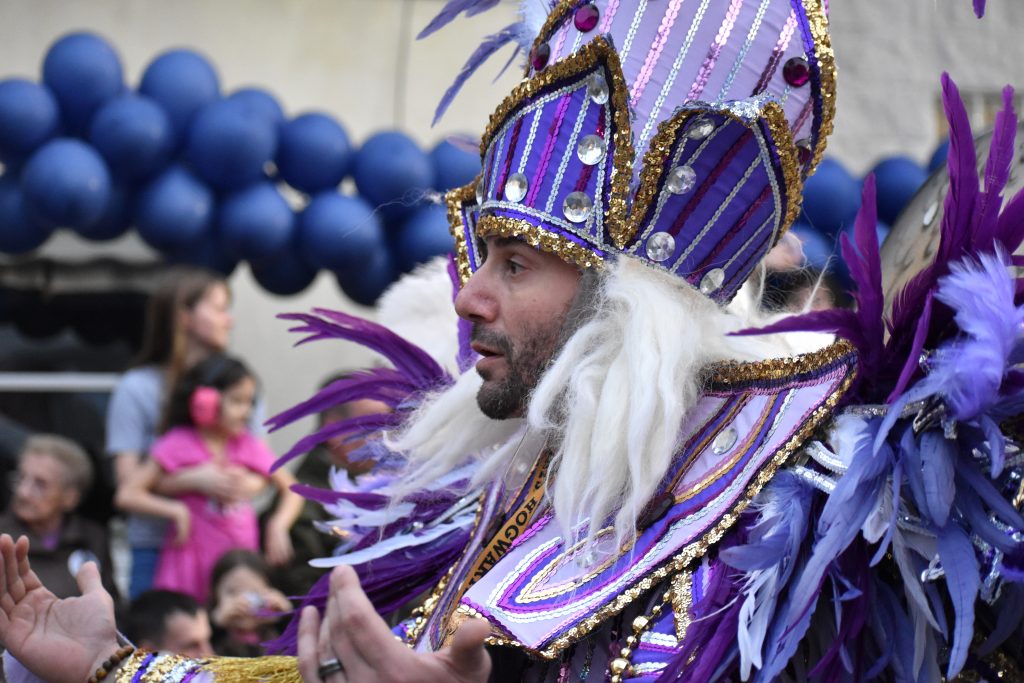 The 2021 Mummers Parade has been cancelled.

City officials announced on Tuesday that the longstanding South Philadelphia tradition would not be held in Philadelphia on New Years Day due to the COVID-19 pandemic.
Mayor Jim Kenney announced that no gatherings with more than 50 people will be held on public property through the first two months of 2021.

“Today I’m really disappointed to announce that we will have a moratorium on large public events through February 28, 2021,” Kenney said. “The city’s Office of Special Events will not accept, review, process or approve applications, issue permits, or enter into agreements for special events for public gatherings of 50 people or more on public property through the end of February.”

Traditional iconic events such as the Thanksgiving Day Parade, Broad Street Run and the 120-year-old Mummers Parade, which has been cancelled only twice (1919 and 1934), will not be held.

Events also prohibited include festivals, concerts, carnivals, fairs and flea markets. Protests were not included under the prohibitions.

“This hold on large public events does not apply to demonstrations and first amendment-protected activities, outdoor gatherings that are not publicly advertised such as family picnics and outdoor weddings, group recreational activities for youth and adults with less than 25 participants, and events and gatherings taking place on private property including performance venues and stadiums,” Kenney said.

“Here in Philadelphia, our case counts have been stable,” Philadelphia Health Commissioner Thomas Farley said on Tuesday. “And we’re trying to keep it that way.”
Farley said about five precent of people tested have resulted in a positive case. He said cases in younger adults have become more prominent over the last few days as 40 percent of cases represent people under 30.

Six new deaths were reported in Philadelphia on Tuesday, bringing the total to 1,637.

“I know this news will be disappointing for many Philadelphians,” Kenney said. “It was not an easy decision to make. But as we continue to battle COVID-19, and try to restore some sense of normalcy in our city, we know there will be many difficult decisions to come. The health and safety of Philadelphia residents, workers and visitors must be our top priority.”