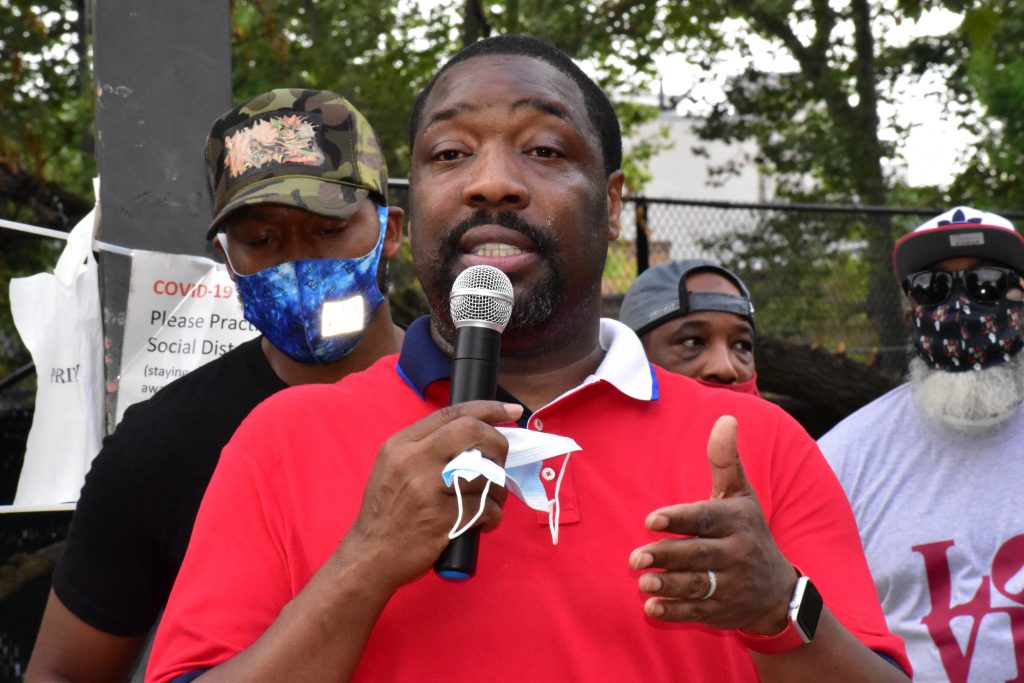 Councilmember Kenyatta Johnson is leading an effort to extract more information from the Bureau of Alcohol, Tobacco, Firearms and Explosives regarding the distribution of guns in the city.

Johnson, whose district includes South Philadelphia as well as parts of Center City and Southwest Philadelphia, wrote a letter to John Schmidt of the Philadelphia Field Division of the bureau. It was signed by the majority of the City Council.

The letter requests an investigative report regarding gun crimes in Philadelphia, which has been overwhelmed by shootings this year.

“As you know too well, we are not only in a health crisis and an economic crisis, we are in a gun violence crisis,” Johnson said in the letter. “Our streets are stained with blood.”

The city has seen 1,900 shootings already this year. As of Aug. 14, there have been 261 homicides in Philadelphia, which is a 28 percent increase from the same time last year.

“More than five people a day are shot in Philadelphia,” Johnson said. “The city has seen over 1,900 shootings and over 250 killings this year, more than in all of 2014. At least four children have been shot over the last week. Last Monday, we lost seven-year-old Zamar Jones, who was shot in the head as he played on his porch. The toll is devastating and relentless.”

City Council is asking the ATF for a breakdown of the demographics and origin of the guns recovered from crimes. It is also seeking information on how guns were bought and transferred and how many crimes occurred with weapons obtained by straw purchases.

In addition, the letter requested detailed information on what type of guns were used in violent crimes, whether they were obtained without background checks or whether they were manufactured with 3D printers.

Other questions involved whether guns were brought over state lines, if the recent spike in firearms sales in Philadelphia disproportionately accounts for the recovered guns, and how the pandemic has factored into all areas of concern.

“People from across the city ask me and my colleagues every day, ‘Where are all these guns coming from?’,” Johnson said.

Johnson has been vocal about his concern of the uptick in gun crimes in the city. He held “Peace Not Gun” rallies after multiple gun-related homicides in the Point Breeze neighborhood over the last few months. Last week, he called for two days of virtual emergency hearings on gun violence that took place on Aug. 11-12.

Johnson, a Point Breeze native, started the Peace Not Guns initiative in 1998 after his cousin was killed by gunfire.

“We are in a state of emergency as it relates to gun violence here in the city of Philadelphia,” Johnson said during the emergency meeting. “As elected officials, we not only have a responsibility to address this issue aggressively but most importantly a moral obligation to make sure our children are safe, our women are safe and the whole city of Philadelphia is safe.”