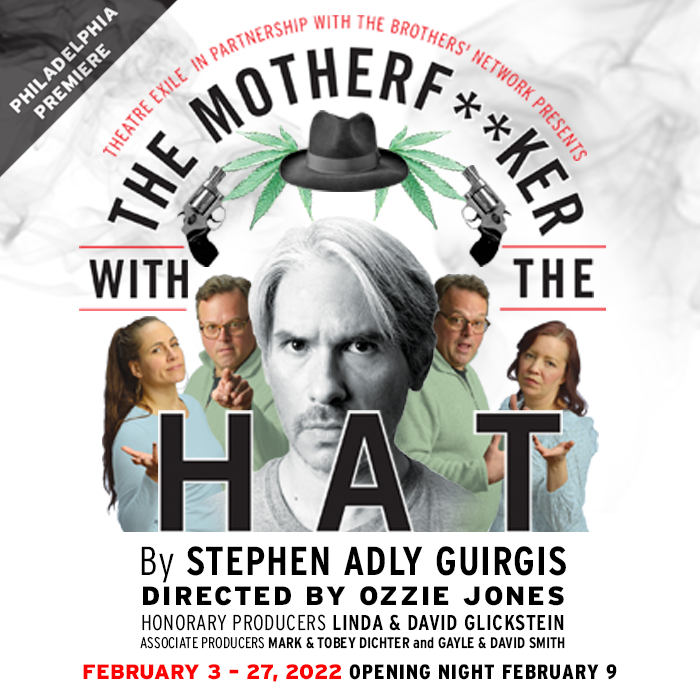 Tickets are now on sale for a pair of plays set to premiere in the spring at Theatre Exile, 1340 S. 13th St.

The Motherf*****r with the Hat, written by Pulitzer Prize-winning playwright Stephen Adley Guirgis, will run from Feb. 3-27 with a formal opening night scheduled for Feb. 9. It will be directed by Ozzie Jones and star J Hernandez, Amanda Schoonover, Scott Greer, Daniela Malavé and Zach Valdez.

The play tells the story of Jackie, a former drug dealer recently released from prison trying to restart his life while also battling his personal demons.

“This modern theater classic uses sharp, unflinching wit as it examines moral relativism as well as the limits of love and friendship in the face of societal pressures and addiction,” the theater said.

The second production, Today is My Birthday, was written by Susan Soon He Stanton and will be directed by Cat Ramirez. It will run from April 28 to May 22, with opening night set for May 4.

The play revolves around aspiring writer Emily, who, upon moving from New York to Hawaii, creates an alter-ego for a local radio dating show.

“Told through a playful mixture of live radio, voicemail and phone calls, it is about finding true human connection in a digital-obsessed world,” the theater said.

More information regarding tickets can be found at TheatreExile.org.