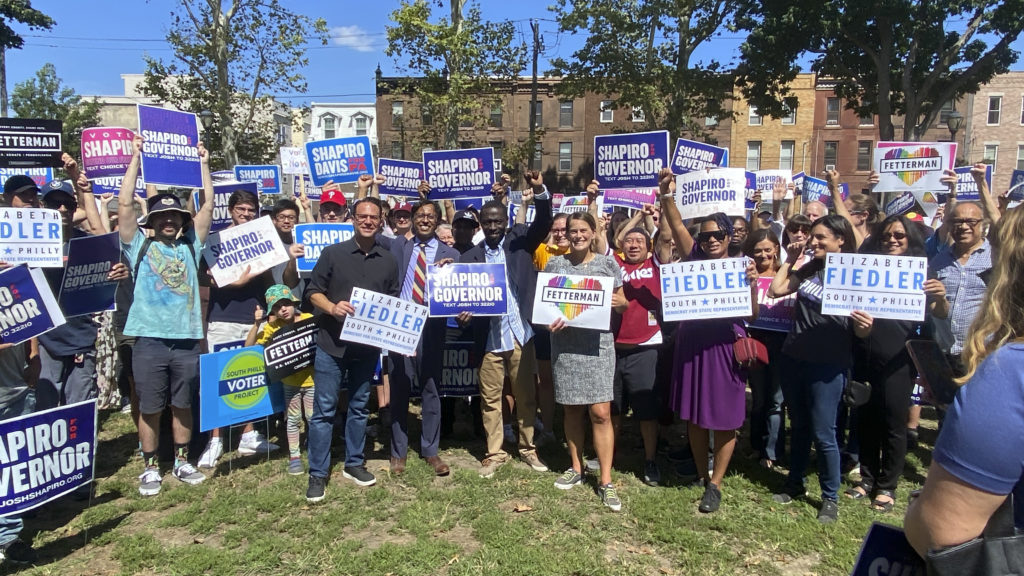 The South Philly Voter Project is a voter outreach initiative co-sponsored by Fiedler and Saval, which aims to reach 30,000 voters in South Philadelphia, leveraging the legislators’ powerful bases in their districts.

The South Philly Voter Project’s scope encompasses a large swath of the city from Oregon Avenue to South Street, and is an effort to help reach “underrepresented” and infrequent voters to increase voter turnout for Democrats up and down the ballot.

“It was great to be in South Philly with Rep. Fiedler, Sen. Saval and a couple hundred Pennsylvanians today as we continue to bring people together, get out the vote, and work to win this election,” said Shapiro. “With less than 60 days to go, people are fired up and joining this movement to protect our freedoms and build a better future for our commonwealth, and together, we’re going to get it done.”

Fiedler thanked Shapiro saying, “I was honored to welcome Attorney General Josh Shapiro to South Philly to launch this grassroots voter outreach initiative. The stakes for our commonwealth have never been higher than they are for this election, and I’m excited to work together with Attorney General Shapiro to turn out the vote for Democrats up and down the ballot.”

“The election this November is one of the most consequential elections of our lifetimes,” said Saval. “With reproductive rights, climate justice and the freedom to vote on the ballot, we need South Philadelphia to vote in big numbers to elect Attorney General Josh Shapiro and the entire Democratic ticket. I was proud to join with Rep. Fiedler to welcome General Shapiro to South Philadelphia with hundreds of volunteers, ready to turn out the vote.”