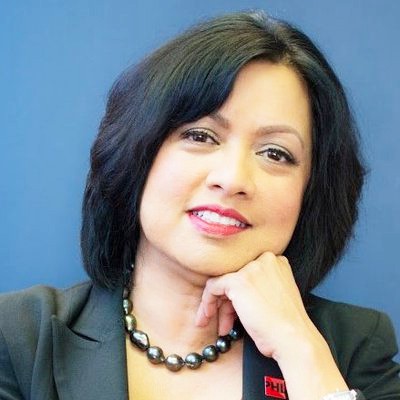 “To have earned the support of this powerful coalition of elected leaders in Philadelphia is both an honor and a call to action,” Ahmad said. “I’m proud to have their support, but now we have to put in the hard work to win this primary and deliver on the promise of our campaign. I’m looking forward to working with the Southwest Coalition to make the office of the auditor general a tool for accountability and progressive change.”

Ahmad, a longtime women’s rights activist and former deputy mayor of Philadelphia, has vowed to use the office to increase transparency and accountability in the state. If elected, she would be the first woman of color and first immigrant elected statewide.

Ahmad, who holds a Ph.D in chemistry from the University of Pennsylvania, came to the United States impoverished and alone in her early twenties following a deadly war in her home country of Bangladesh. Her mother dressed her as a boy to avoid enemy soldiers who were using rape as a weapon.

Last year, she ran for lieutenant governor, finishing second among five candidates in the primary.

As the chairwoman of the Philadelphia chapter of the National Organization for Women, Ahmad led the fights against sexism in the district attorney and sheriff’s offices and was the first candidate two years ago to publicly call on state Sen. Daylin Leach to resign.

“On behalf of state Reps Joanna McClinton and Jordan Harris, Councilman Kenyatta Johnson and myself, we are unequivocally pleased to endorse Nina Ahmad for Pennsylvania auditor general,” Williams said. “She is, without a doubt, the best person for the job. Her life and career experience will make her an effective watchdog of the state’s finances, and also a powerful advocate for progressive change in our state.”

The Great Glory of the Geator