Now we know what the price will be to give Donald Trump another term as president. We know because Donald Trump has told us. He’s told us, not in any surreptitious recording of which he was unaware … not in any rumored conversation in another political tell-all book … and not in a way that could possibly be misinterpreted by the “fake news” media. Donald Trump has told us that the price for him to remain as our president is nothing short of the end of our democracy. He would be king.

It’s at this point I must digress to explain to you, dear readers, that I have come to loathe writing about Mr. Trump. I know that might come as a shock to some of you. Many of you have written to me over the last four years that you are tired of my writing about this president. You’re not nearly as tired as me.

I’ve written a weekly column for this newspaper for more than 57 years. During that time, I’ve written about many things — a lot of them not political. Through my fictional Uncle Nunzi, I hope we’ve shared some laughs about subjects such as the “importance” of Italian bread on our dinner tables to men and their underwear. I’ve chronicled the lives of my parents — their hopes and dreams, and ultimately their anguish in dealing with their inevitable failure to achieve most of those dreams. I brought my parents to life and, through their lives, perhaps the lives of your parents. I’ve loved every precious minute of closeting myself in my office — closing off the outside world — to relive memories and create new ones. And the only time I’ve hated doing so is when I’ve felt compelled to write about our current commander in chief.

You might find that difficult to believe. But please know that even if I adored Mr. Trump the way some of you do, I would be tired of him by now. I’m tired of him invading so much of my space — as a writer and as a human being — while my days “dwindle down to a precious few.” When I sat down at my desk this morning, I had every intention of writing a lighthearted column about all the alarms that sound in our apartment during the day: the insistent buzz on the dryer signaling when the clothes should be removed; the soft alert signal when I fail to close the freezer door; the piercing sound that shatters the peace and tranquility of our quiet apartment for who-knows-what reason at some point every day. But as I hit the first key, I knew that my fingers wouldn’t cooperate in writing any such fluff. Instead, I saw Mr. Trump in my mind’s eye — his wagging finger — and heard him speak the most ominous and unthinkable words that I’ve ever heard an American president utter. In an almost matter-of-fact tone, our chief executive and supposed guardian of our American democracy said that he would NOT commit to a peaceful transition of power if he lost the November election.

By nature, I am an optimistic person — my worldly cynicism but a mask. And because of that optimism, I sincerely hope that by the time you see this column published, the president will have reversed himself as he is sometimes inclined to do. Maybe shrugged off his outrageous comment as a joke, just another attempt to upset liberals. And you who steadfastly stick by this president as if he’s the greatest thing since sliced bread will laugh with your friends about the way this guy — Trump — can really get under the skin of those loony lefties. I really hope that’s the case, but I’m not optimistic that it is. I’m not at all sure that this republic that has survived Aaron Burr, Huey Long and George Corley Wallace hasn’t sadly reached its expiration date.

I realize that it may be immodest to quote one’s self, but I am past the point of modesty in my current state of near-hysteria. In my column, WILL TRUMP LEAVE (April 22, 2020), I wrote “… there are ample reasons to believe that this president could be the first in history to refuse to leave office if defeated …” I went on to ask the central question, what if Trump loses the election and won’t leave. In that column, I predicted that if the president lost but refused to leave office, congressional Republicans wouldn’t support him, the military would choose protecting our democracy over backing Mr. Trump, and that he and his family would become pariahs, not heroes. I concluded that, in the end, the president would have no choice but to leave.

Today, I find those conclusions a bit Pollyannaish. The Republicans have not, with few exceptions, turned on Mr. Trump. They are, in fact, ready to fast-track his nomination for the Supreme Court. The president has said openly that he expects to benefit from his three appointments to the Court — that they will repay him by keeping him in the White House based on some phony rationale. But what about his supporters?

I enraged some of you in my column of Oct. 16, 2019 THE CULT. I wrote that his supporters had become a cult, mesmerized as much by Mr. Trump as were the followers of Charles Manson.

Am I right? Will Trumpers still stick by him? Are they willing to offer up American democracy to keep him in office? Will they anoint him king? 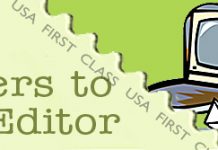