Kevin Opanel struck out eight in more than six innings of work as the Neumann-Goretti High School baseball team defeated Bonner-Prendie in the quarterfinal round of the Philadelphia Catholic League Playoffs on Saturday.

The third-seeded Saints trailed by a run before marching to a 4-1 lead in the third inning thanks to a go-ahead RBI single by Devon Koger.

Six-seed Bonner-Prendie rallied for two runs in the sixth inning and had the bases loaded in the seventh with one out before freshman Jayce Park slammed the door, earning the save by inducing the final two outs.

Neumann-Goretti will travel to Archbishop Wood on Wednesday for a semifinal matchup. Check back to southphillyreview.com for a Neumann-Goretti feature story on a player later this week. 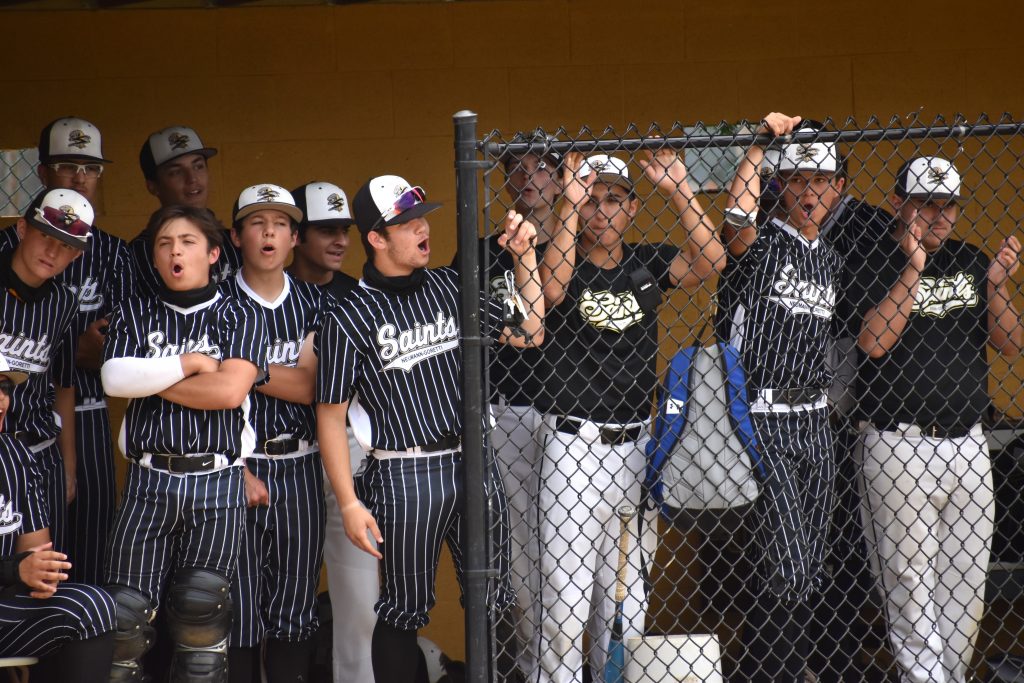