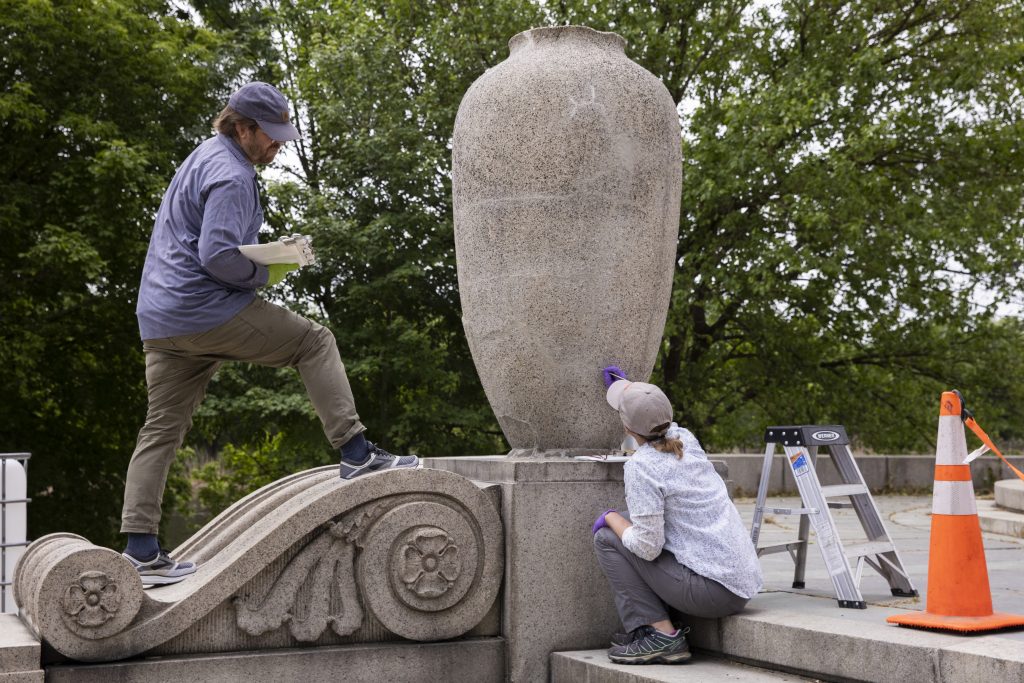 The Pennsylvania Horticultural Society, which has showcased the Flower Show for the last 193 years, moved outdoors for the first time in its history this summer due to the COVID-19 pandemic.

It brought thousands of people to the historic South Philadelphia park to enjoy the wonders of nature. It also left numerous improvements to beautify the area, repurposing exhibits instead of discarding thousands of plants after the show was through.

Improvements included investments in the park’s infrastructure and landscaping, new site furnishings that will remain at the park, and promoting the health of its trees, lawns and green spaces for years to come.

The society’s mission to create healthy living environments was aided by a partnership with the city Department of Parks and Recreation and the Department of Streets to give the park’s users long-lasting benefits after the popular show left town.

“PHS is thrilled that the Philadelphia Flower Show could contribute to the beautification and enhancement of one of the city’s most beloved parks,” said Sam Lemheney, PHS Chief of Shows & Events. “We are so happy that we can offer such a great array of items to support the work of our partners at Philadelphia Parks & Recreation, Friends of FDR Park and the local South Philadelphia community who helped to make the 2021 show a success.”

The park’s iconic boathouse received a newly painted ceiling and the Olmsted Pavilion enjoyed a restorative treatment. Both treasures were cleaned of unwanted graffiti.

Walkways were newly paved to improve accessibility for park users during the show and will continue to provide smooth access for park goers in the future.

The Camp Outback mini-park was born thanks to sponsor Subaru of America, consisting of 75 boulders, 15 trees, 50 shade perennials and a bench. Subaru also donated two additional benches made from recycled packing material from the show. Six additional benches were donated from the Fairmount Park Conservancy’s exhibit in addition to many other items to upgrade the park’s infrastructure such as gravel, paver stone, fencing and water containers.

The recycling of materials follows a long tradition of the show’s mission to reuse or repurpose thousands of items from the show. Some are donated to organizations and community groups throughout the Philadelphia region, giving a second chance for plants, exhibits and other items from the show. 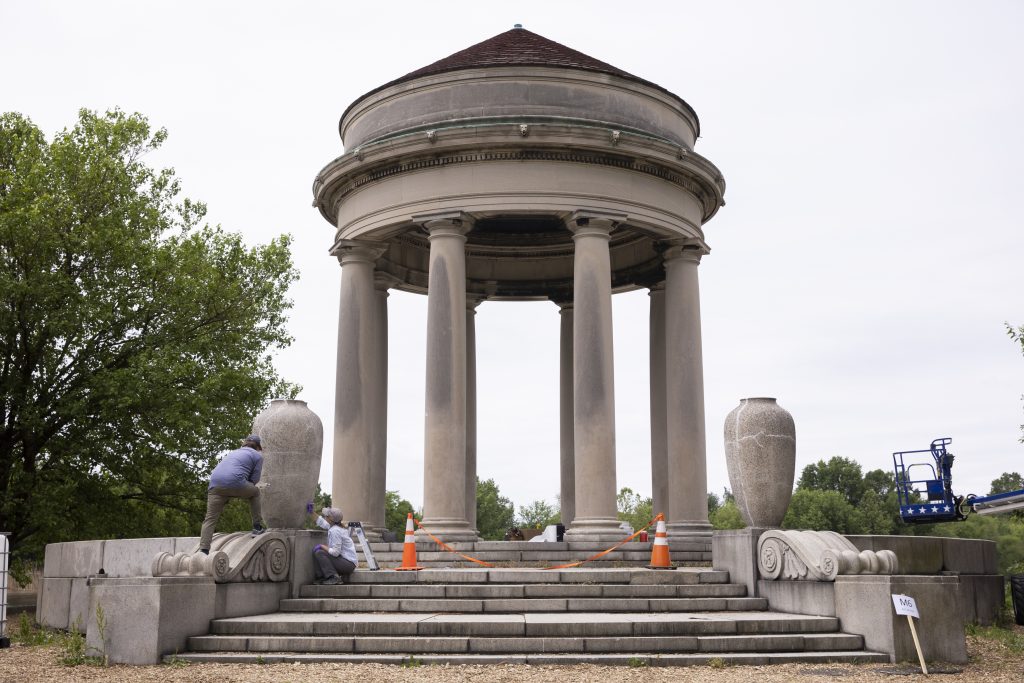 The Pennsylvania Horticultural Society donated more than 2,000 annuals, perennials, native plants and trees for FDR Park to create new gardens at the park. An additional donation of 20 pallets of Belgard stone and pavers will help create borders around the new gardens and newly paved surfaces.

Trees were pruned and the grounds were fertilized to maintain the long-term health and safety of the tree canopy in the park. To complement the arboriculture, lawns were graded and reseeded along most of the 15 acres that the Flower Show utilized during the show.