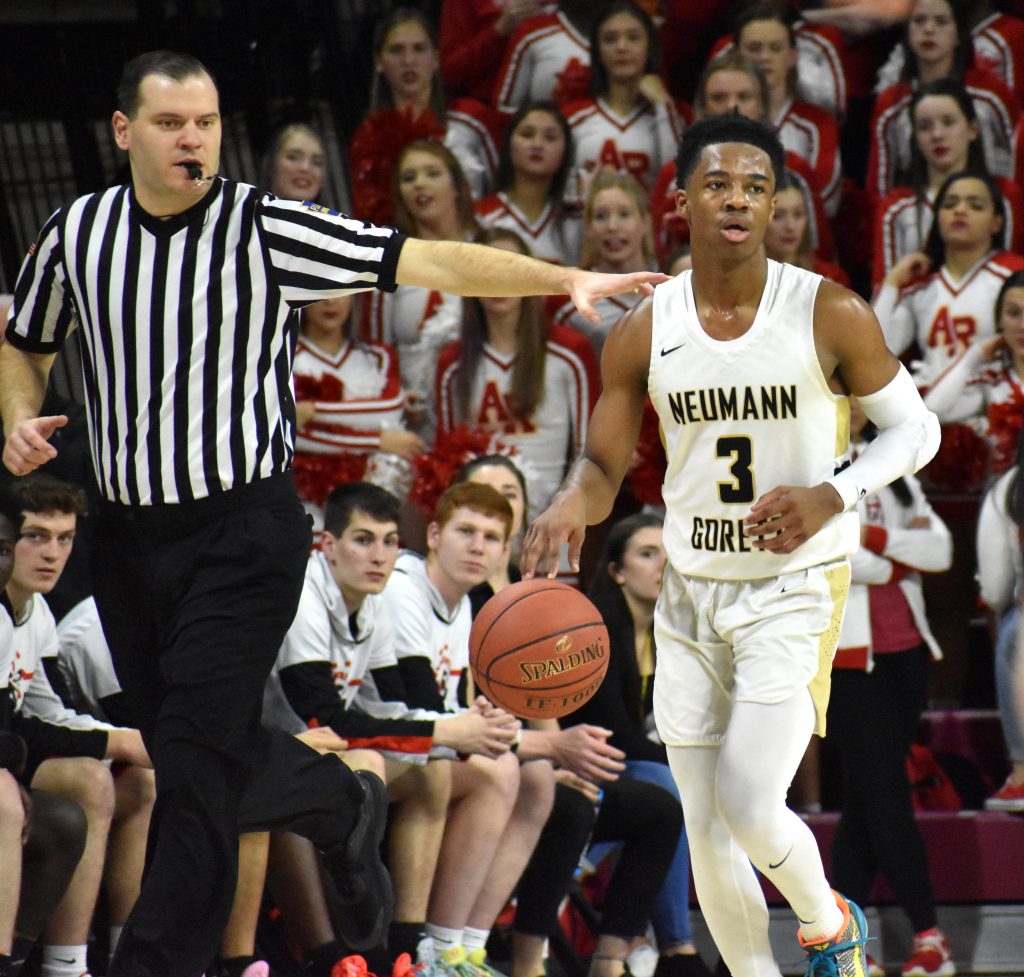 Hakim Byrd isn’t going to be affected by the bright lights or the big stage.

The Neumann-Goretti senior guard is quite accustomed to the spotlight and leading his team through the grueling Philadelphia Catholic League schedule.

And while his team calmly waited for the Roman Catholic-Archbishop Wood semifinal to wind down, he patiently waited to take the court in the second part of the doubleheader last week.

No nerves. No problem.

“No, I don’t get butterflies,” he said with a smile following a PCL semifinal win over Archbishop Ryan. “I just like to calm down and play our game like we usually do. I just prepare the same way.”

With thousands of screaming fans and under the bright lights of the historic Palestra on the University of Pennsylvania’s campus, Byrd was all business as Neumann-Goretti topped Archbishop Ryan, 51-41, in the PCL semifinal. The Saints advanced to the championship game back at the Palestra on Monday, where they defeated Roman Catholic 66-58.

Neumann-Goretti will next set its sights on the PIAA District 12 playoffs, and quite possibly a run in the state tournament. Coach Carl Arrigale will lean even more on Byrd, who has bravely fought through injuries this season.

“He’s the heart and soul,” Arrigale said. “He’s our guy. He’s our closer. Everybody likes playing with him. He’s never had a problem playing with anybody. I lean on him because he can keep it all together. We got some guys in the locker room that are great, great kids but they’re different. I tell them I can’t do it alone and I need your help. And we went at this thing together, and this is where we wanted to be.”

Byrd has been slowed by an injury that prevented him from playing in a pair of early-season games as well as a few more down the home stretch. Arrigale has been cautious with his young star despite the temptation to push harder as the team plays crucial games. 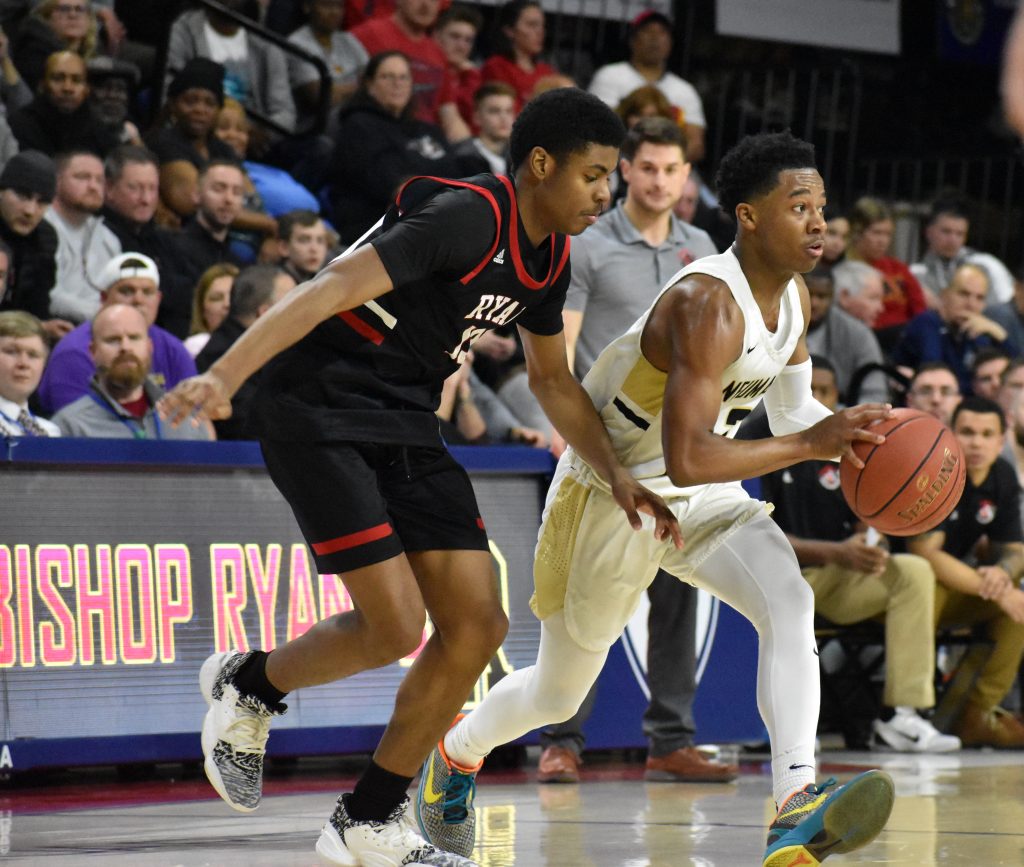 “He gets hollered at more when he’s not playing,” Arrigale joked. “I’m sure he’d rather be out there instead of sitting near me.”

Byrd shared a similar stance. He said he was able to take a step back and let his talented team take over.

“I’m not really 100 percent yet so it’s been frustrating,” Byrd said. “I try to trust my teammates and see what they could do without me. At the end, it’s about winning.”

Neumann-Goretti has certainly done its fair share of that during Byrd’s four years in the program. The Saints are 21-4 this season and are 89-25 over the last four years.

Byrd was part of the team that won PIAA Class 3A state championships during his freshman and sophomore seasons. Last year, they fell short. It’s something that didn’t sit well with Byrd and his teammates. He looks forward to another chance to perform under the big lights.

No nerves. No problem.

“Just win a championship,” Byrd said. “That’s all I came here for, was to win. It’s just to play in moments like these. We love each other and we’re trying to go out with a bang. Winning a championship is what it’s all about.”

School Board approves $11M spending for laptops for students