South Philly native Mario Lanza will always be known as one of the best tenors the world has ever seen. And a continuous effort forges forward to make sure he won’t be forgotten.

Now in its fifth home in Philadelphia, the Mario Lanza Institute and Museum is open for business at its new location at 1214 Reed St. in Passyunk Square. Photos, movie posters, gold records, outfits and all kinds of rare memorabilia line the walls of the newly renovated building.

Mario Lanza’s memory is alive and well in South Philadelphia.

“This place is perfect,” said Bill Ronayne, president, treasurer and publicity director of the Mario Lanza Institute. “It’s a nice-size room. It had to be renovated so we did some fundraising over a two-year period. This was basically a garage for trucks.”

Now it’s beautiful granite tiles, partially covered by tables and chairs that aim at a 75-inch television with a state-of-the-art audio system that is perfect for showing remastered performances of Lanza during his heyday in the 1940s and ’50s.

The space underwent about $50,000 worth of renovations that was a collective effort between the museum and its new landlord Pete Bilotti, owner of the Alexstone Marble & Granite Co. The museum officially opened this spring and Ronayne is beginning to see both loyal Lanza fans and new curious music enthusiasts trickling in.

“We were going to open in April 2020, but that was the real beginning of COVID,” Ronayne said. “So we postponed, and I stayed in New York for a couple of months.”

Ronayne is a Brooklyn resident who loyally makes the two-hour commute on weekends to open and entertain at the museum with guided tours. He also provides educational programs such as lectures, vocal master classes, concerts and the screening of Lanza’s films and television appearances.

Lanza, who was born Alfredo Arnold Cocozza at 636 Christian St., is most famously known for his singing in motion pictures including That Midnight Kiss, Toast of New Orleans, The Great Caruso and Because You’re Mine. His songs “Be My Love” and “Because You’re Mine” were million-selling hit songs.

Prior to that, he sang Pinkerton’s role in Madame Butterfly for the New Orleans Opera Association. Ronayne loves describing all of it as a fan of Lanza’s work for more than 50 years.

“My parents like all kinds of music,” Ronayne said. “I always tell people I have an official doctorate in music just by living in my house all those years. I developed my love of opera and I discovered Lanza by watching him on TV. In those days you had to stay up until 3 o’clock in the morning for the movies to come on. I fell in love with his voice and his persona. I’d watch all his films.” 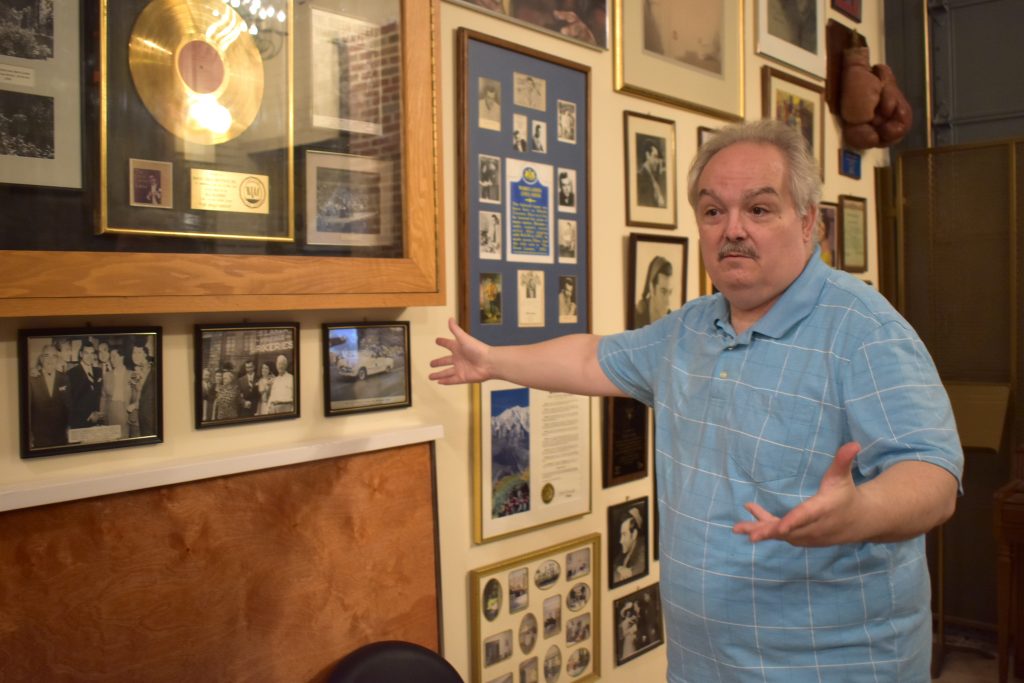 Ronayne connected with the Mario Lanza Institute after it had established its first few locations — first at Nick Petrella’s Record Shop on Snyder Avenue in the 1970s, then a quick stop on Broad Street before moving to the Settlement Music School in Queen Village in the 1980s. In 2002, it moved to 712 Montrose St., where Ronayne became heavily involved as part of the Institute. He took over as president about a decade ago and has engineered several fundraisers and events to keep the ball rolling.

The museum and institute holds quarterly luncheons, an annual ball, and gives out scholarships to winners of its annual vocal competition. The museum is open on Saturdays from 1-4 p.m. and by special appointment. There is a $10 admission fee, while children under 18 are free. To help raise more money, the museum is also available for rental for organizational meetings or for anniversary, birthday or cocktail parties. Books, CDs and photos of Lanza are among the items available for purchase.

Although during the pandemic, on Jan. 31, Lanza’s 100th birthday was celebrated quietly. However, the 1200 block of Reed Street, where the museum is comfortably set, was renamed Mario Lanza Way in memory of the great singer. 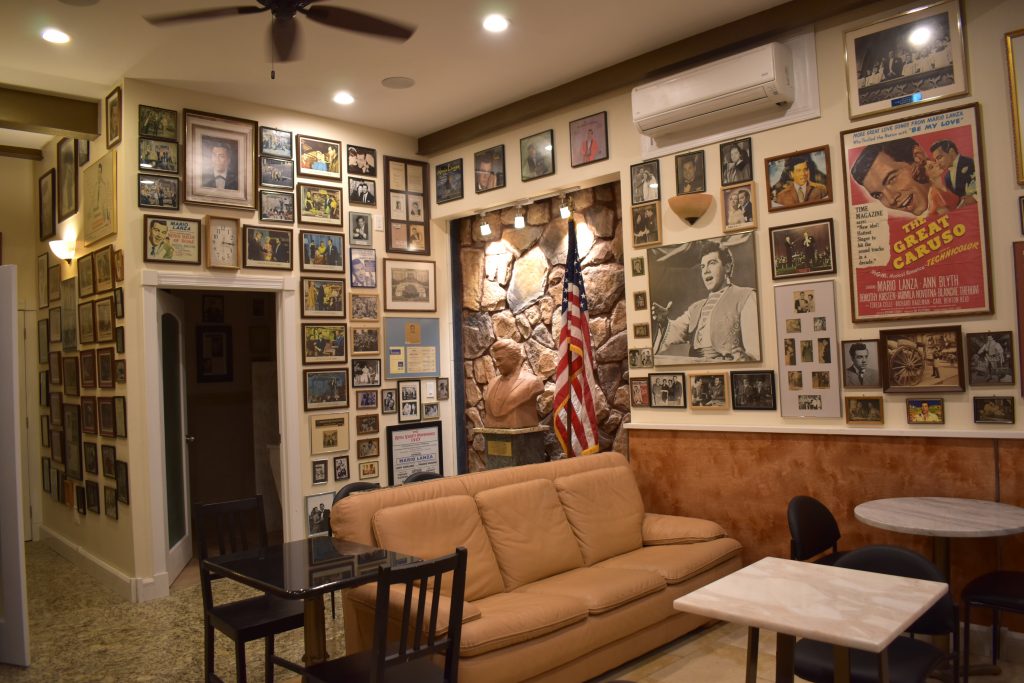 All that history can be found just beyond the heavy doors at 1214 Reed St.

“It’s all mostly original stuff,” Ronayne said, while admiring an original Lanza bust that was smuggled out of then-communist Hungary in the 1960s. “It’s a great collection of Lanza and it shows his life and career.”